A group being described as a Black armed militia appears to be making Louisville its next stop, and city officials are aware.

The group is called the "No F****** Around Coalition," or NFAC. The group's leader, Grand Master Jay, has promoted a visit to Louisville this weekend in multiple YouTube videos: Video 1 | Video 2

On the Fourth of July, the group was at Georgia's Stone Mountain Park, calling for the park’s massive Confederate carving to be removed. According to the Associated Press, the group of more than 100 carried large rifles as they marched through the park and all remained peaceful.

Now, the group is setting sights on the Breonna Taylor case and Grand Master Jay says they anticipate a much larger crowd this time.

“I’ve got to move on this one. We’ve got to go in on this one," Grand Master Jay says in a video. "We just need someone in custody for the murder of Ms. Breonna."

He gave instructions to members saying all should meet at noon on Saturday at Baxter Park. The group is planning to march to Metro Hall and back. They are being told to wear an all-black uniform and to bring a gun if they are legally able and have used one before. 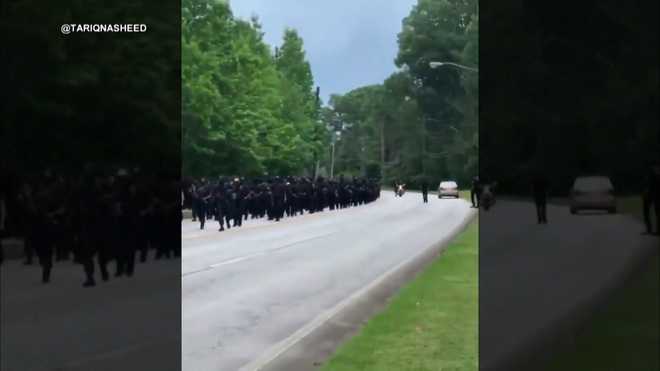 Grand Master Jay made it clear that the group is a militia, not a mob, and what they are doing is a formation, not a demonstration. As for where they'll go, Grand Master Jay said they will "pay some people a visit."

He said he has spoken with Attorney General Daniel Cameron, whose office is investigating Taylor's death.

In a statement, Cameron's office called the conversation "productive" and said the attorney general "discussed his continued commitment to moving forward with our office’s independent and thorough investigation into the death of Ms. Taylor."

Metro Council President David James said he spoke with Grand Master Jay as well, and left the conversation believing this march, like the last, will be peaceful.

"I don't support anybody coming to our city with our firearms to march, whether it's this group or another group. I don't care, to protest, I don't think it's a great idea, but my larger concern isn't the group themselves. It's the counter groups that cause my greatest concern because it just takes one person to do something stupid and then, you know, we have a major problem," James said.

James said the group has been in contact with LMPD and they've been working together to make sure everybody's safe.

Not long ago, a group of armed counter protesters planned to move in on protests downtown. In that instance, LMPD also made contact with the group and took precautionary steps like adding more patrols and creating a divide between groups.

That group never showed up.

Chris Will, the president of the nonprofit organization Firm, has been protesting in Jefferson Square Park since May. He said he welcomes the NFAC's support and believes their action may put a bigger spotlight on the Breonna Taylor case.

"A lot of different organizations are doing a lot of different things, but I don't want them to get shunned because they're coming with weapons. They're well within their rights to," Will said.

But Will stressed it's up to local activists to keep the pressure on those handling the Taylor investigation to hold the officers involved in her death accountable.

"Breonna Taylor, right now, that's the fire that's burning in Louisville, of course. The tragic shooting of David McAtee, Tyler Gerth, out here. Those are fires that are burning but we got to keep throwing logs on Breonna so the fire is put out and then there's actually justice obtained," Will said. "That's what her family deserves and that's what the city of Louisville deserves." 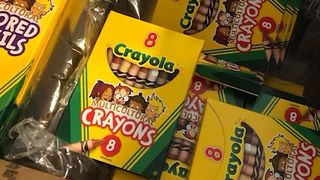