Strokes can be scary things, causing brain damage that can result in everything from permanent speech problems to partial paralysis. But the havoc that a stroke can wreak on a body isn't always obvious or extreme. In fact, more of us have likely experienced a stroke than we realize: Nearly one in three American adults has experienced the symptoms of a warning, or "mini," stroke in their lifetime, according to a new report from the American Heart Association and American Stroke Association (AHA and ASA).

In a May 2017 survey conducted by the AHA and ASA, 35 percent of the more than 2,000 respondents reported experiencing at least one symptom of a warning stroke in the past. Known more technically as a transient ischemic attack or TIA, "warning strokes" are exactly like regular strokes in that they occur when blood flow to brain is blocked or cut off in some way — the only difference is that the blockage is transient, or temporary, and symptoms typically last anywhere from a few minutes to 24 hours.

So, how can you tell if you're having a TIA? According to the AHA and ASA, symptoms are much like those of a regular stroke and include the following:

If you or your loved one do experience one of the above symptoms, the AHA and ASA recommend calling 911 immediately — even if the symptoms disappear quickly, as they might with a TIA. If you're diagnosed with a stroke, doctors can treat you quickly and, potentially, save your life; if you're diagnosed with a TIA, doctors can set you up with a prevention plan that will help protect you from having a full-blown stroke in the future.

"Ignoring any stroke sign could be a deadly mistake," said Mitch Elkind, MD, chair of the ASA, in a press release. "Only a formal medical diagnosis with brain imaging can determine whether you're having a TIA or a stroke. If you or someone you know experiences a stroke warning sign that comes on suddenly — whether it goes away or not — call 911 right away to improve chances of an accurate diagnosis, treatment, and recovery." 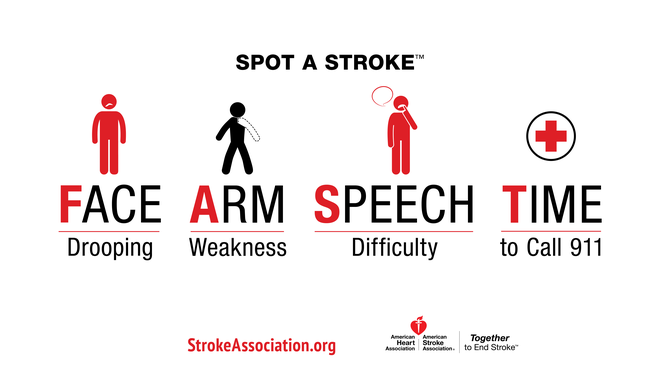