Amazon Black Friday deals 2021: What you can shop right now

By Dan Rascon, KSL via CNN

It's the case of the missing gold college ring. A 70-year-old mystery that has now been solved.

"I pulled it out and I started whooping and hollering!" said Kelly Stewart, who found the ring. Finding the ring was just the beginning of months and months of trying to track down the owner.

Stewart loves using his metal detector to find treasures. He's been doing it for 50 years, and over those years, he’s gathered cabinets full of little buried treasures.

But nothing compared to what he found in February 2019 just a few blocks from his home, in the yard of an abandoned house.

A gold 10K Colorado School of Mines class ring from 1943. It was still in mint condition. The only clue of its owner was the initials inside the ring.

"Inside the band right here is his initials, R.W.D. That’s all it had," Stewart said.

Stewart put on his detective hat and went to work. For starters, he got a 1943 Colorado School of Mines yearbook off eBay. In there his first major clue, he found a young man by the name of Richard William Deneke.

Then through months of web searches and postings, Kelly just recently found that Deneke was still alive and at a nursing home in Georgia.

Deneke will be turning 100 years old in just a few months. KSL spoke to him by phone in Stewart’s living room. 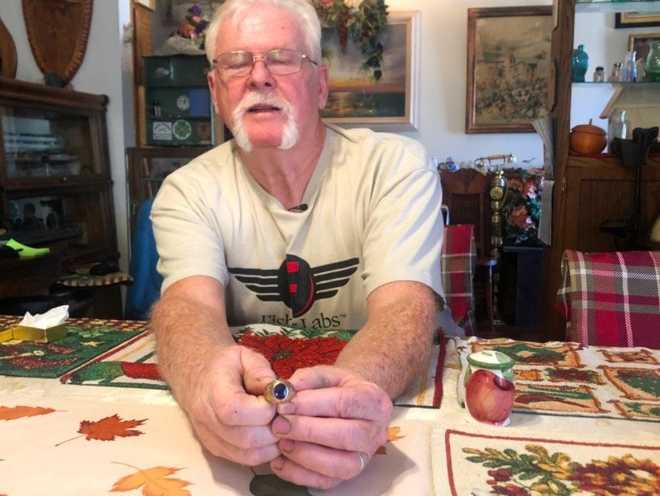 KSL via CNN
Kelly Stewart holds the ring he found.

"Thank you very much," said Deneke to Stewart, who still remembers losing the ring sometime in the late 1940s while he was at a home in Richfield.

He said he lived in Richfield, Utah, for a short time because the company he worked for was close by. "I think it’s amazing (that he found it)."

Stewart is now planning to ship the ring to Deneke. He said the real joy of finding treasures is when you are able to actually find the owners.

"If I can find something with a person’s name on it, I’m in heaven," Stewart said.

Black Friday clothing and fashion deals 2021: The best sales to expect this year

The best Black Friday Apple deals that are already happening