A deluge that dumped more than 7 inches of rain in a few hours and spawned at least three tornadoes eased Wednesday but left homeowners and workers to clean up a wide area across the Southeast.

With heavy rains still falling in the Florida Panhandle, crews inland used shovels and heavy machines to remove downed trees, limbs and other debris that covered roads and bridges once floodwaters receded in metro Birmingham. Some schools in Alabama's largest city opened late or held classes online because of high water.

Nearly the entire state of Alabama received at least half an inch of rain on Tuesday, and areas south of Birmingham got more than 7 inches, forecasters said. Rainfall totals of more than 1 inches were common across Mississippi, Alabama and Georgia.

Homes were damaged from Texas to Virginia, and about 100,000 homes and businesses remained without power at midday Wednesday. That was down from more than 240,000 outages earlier. Teams from the National Weather Service confirmed that three weak tornadoes had struck central Alabama, but no widespread damage occurred. 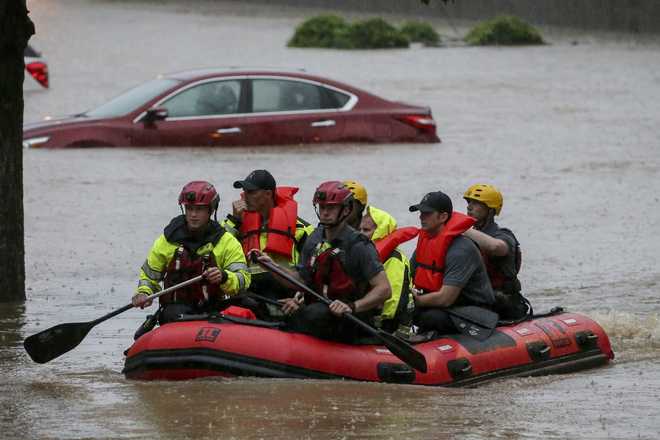 Storms have been responsible for at least three deaths and dozens of injuries this week. In Mississippi, forecasters confirmed 12 tornadoes Sunday evening and night.

The National Weather Service's prediction center warned Wednesday morning that flash flooding could also now affect the central Gulf Coast with storms shifting southeast and rain continuing to soak much of the region. Forecasters issued flood warnings for rivers and streams throughout the region. 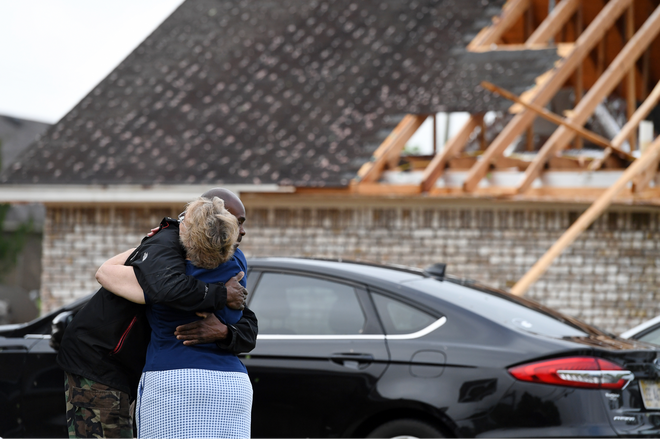