For decades, Kool-Aid commercials have featured a smiling, animated pitcher of the sweet drink bursting through a wall.

Police in Omaha, Nebraska, said Wednesday a TikTok stunt is using that ad campaign as inspiration to vandalize vinyl fences across the metro.

Investigators released security camera video showing what appeared to teenagers bursting through a vinyl fence. Local law enforcement said it has happened at least 15 times in West Omaha, as well as outside the city limits and in Sarpy County, Nebraska, which is about a 30-minute drive from Omaha.

Police also released an image of a vehicle associated with one of the cases. 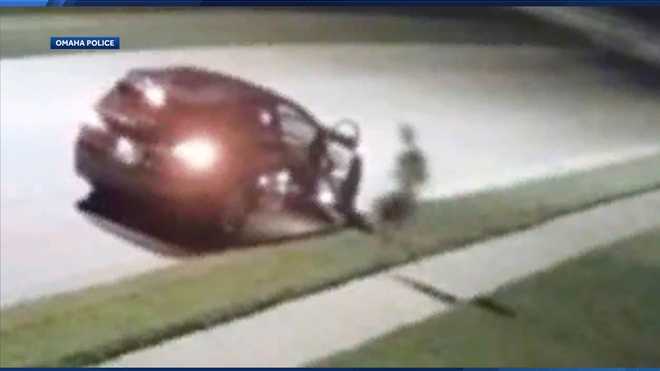 Watch the video above to see teenagers bust through a fence.