Dad dresses up like Anna from 'Frozen' to quell daughter's fears

Six former staffers at New Hampshire's state-run youth detention center were arrested Wednesday in connection with the abuse of 11 children over the course of a decade.

The case including one person who allegedly continued working with children for nearly 20 years after he is accused of holding a boy down while colleagues raped him.

Officials with the attorney general's office said the charges are related to incidents that are alleged to have occurred from 1994 to 2005.

The Sununu Youth Services Center, formerly known as the Youth Development Center, has been under investigation since July 2019, when two former counselors were charged with raping a teenage boy 82 times in the 1990s.

Officials from the attorney general's office said the investigation into the Youth Development Center continues, and the arrests are a step forward in the process. Investigators added that the charges and allegations are accusations, and the defendants are presumed innocent until proven guilty. 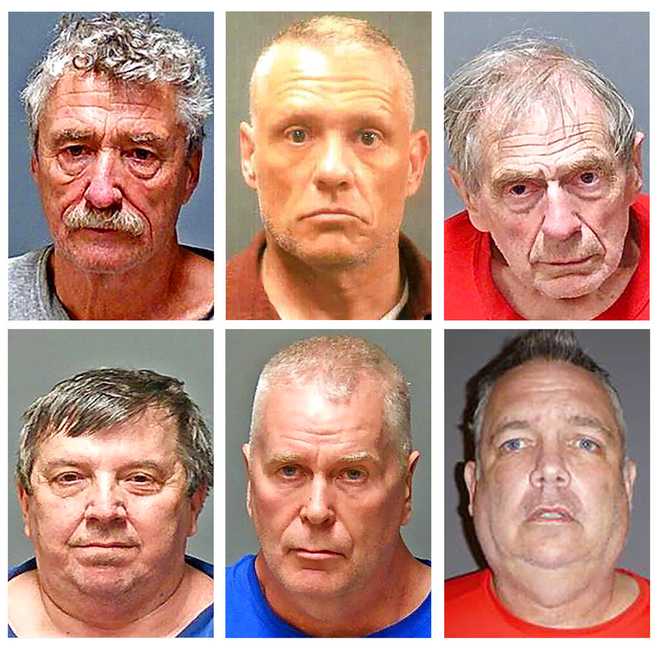 James Woodlock, 56, of Manchester, was charged with three counts of being an accomplice to rape between 1997 and 1998. David Meehan, the lead plaintiff in the civil lawsuit, alleges that Woodlock repeatedly beat him, held him down while Buskey raped him and told him he had “simply misunderstood events” when he spoke up during a group counseling session.

Woodlock later left the Youth Development Center job and became a juvenile probation and parole officer, a position he held until he went out on leave in 2017. He declined to comment on Meehan’s allegations when a reporter visited his home in early 2020.

The New Hampshire men are expected to appear in court Thursday, while authorities seek extradition from Massachusetts for Buskey and Murphy. Messages were left for their lawyers Wednesday; it was unclear whether the others are represented by attorneys.