A 70-pound tortoise was found after escaping her enclosure at Sacramento's Adventure Playground.

Steve Caudle, manager of the facilities, told sister station KCRA that Shelly was found with a small crack in her shell. Shelly will go to a vet to examine her shell damage.

The facility's manager said neighbors reported seeing someone grab Shelly the tortoise on Saturday and drive off.

Caudle said that at closing on Saturday he started searching for the reptile after somebody left the front gate open and she got out.

A witness said she saw a black-and-white truck with a camper shell take Shelly then speed off, Caudle said. 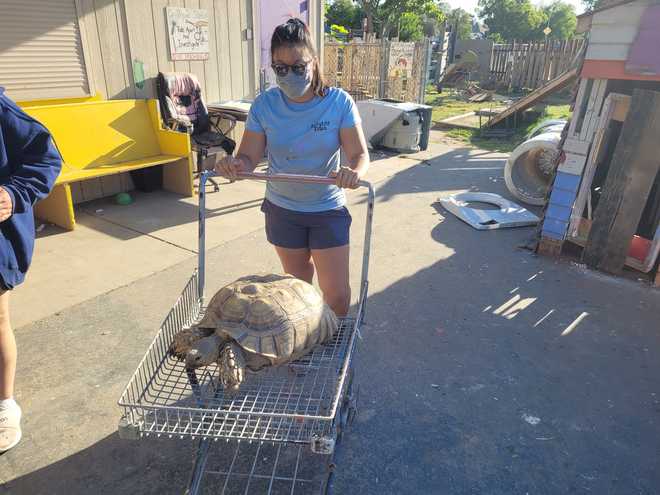 "We really don’t know how they got her into the truck since she’s pushing over 70 pounds," he said.

The 5-year-old African spurred tortoise, which was named by children, is valued at over $1,000.

Caudle said a police report had been filed and parents had offered to start a reward fund.

Before she was found, Caudle cautioned that caring for the tortoise isn’t as easy at it might seem.

"We just want her back," he said. "No questions asked." 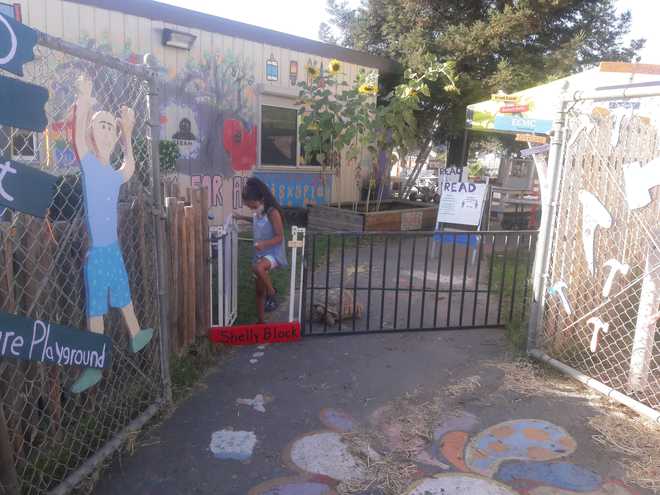