China has banned footballers from getting tattoos and ordered those with existing ones to remove or cover them up to set a "good example for society," according to a directive issued by the General Administration of Sport of China (GAS).

The directive — titled "Suggestions for strengthening the management of football players" — lays out disciplinary requirements for national team players.

"Those who have tattoos are advised to remove tattoos by themselves. In cases of special circumstances, tattoos must be covered during training and competition after the consent of the team."

National teams at Under-20 levels are forbidden from recruiting new athletes with tattoos," according to the directive.

The measures "fully demonstrate the positive spirit of Chinese football players and set a good example for society," said the GAS statement.

The directive added that national teams should organize activities that "strengthen the patriotic education" of athletes to "enhance the sense of mission, responsibility and honor, and create a national team capable of conquering and fighting well and with excellent style of play." 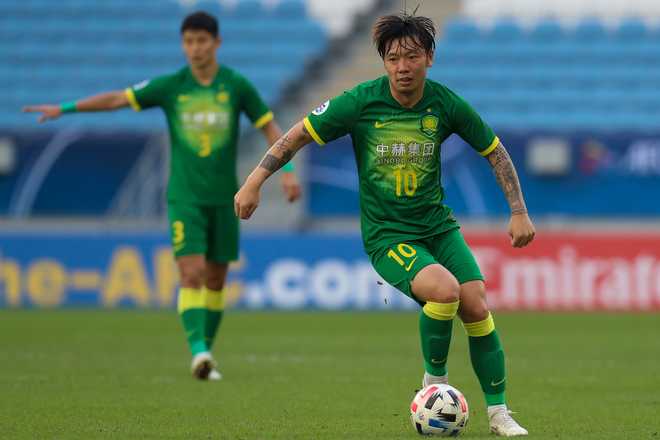 This isn't the first time China has targeted tattoos.

In 2018, China's media regulator issued an edict saying Chinese television "should not feature actors with tattoos," during a crackdown on "hip hop culture, sub-culture and immoral culture."

Images with tattoos were required to be blurred before they could be shown on TV.