Rudy Guede, the only person to remain convicted over the murder of British student Meredith Kercher in Italy, has been released from prison, his lawyer Fabrizio Ballarini told CNN on Tuesday.

Kercher's body was found in the apartment she shared with roommate Amanda Knox in Perugia, Italy, in November 2007. The 21-year-old's throat had been slashed.

Knox was arrested alongside her then-boyfriend, Raffaele Sollecito. They, and Guede, were formally charged the following summer. All three were convicted, but Knox and Sollecito's convictions were overturned in 2015.

Prosecutors argued that Kercher had been murdered after refusing to participate in a drug-fueled sex game played by Knox, Sollecito and Guede.

Guede, originally from Ivory Coast, requested a separate fast-track trial, fearing that Knox and Sollecito had formed a pact against him.

He was convicted of murder in October 2008, and sentenced to 30 years in prison. His sentence was reduced to 16 years on appeal in December 2009. 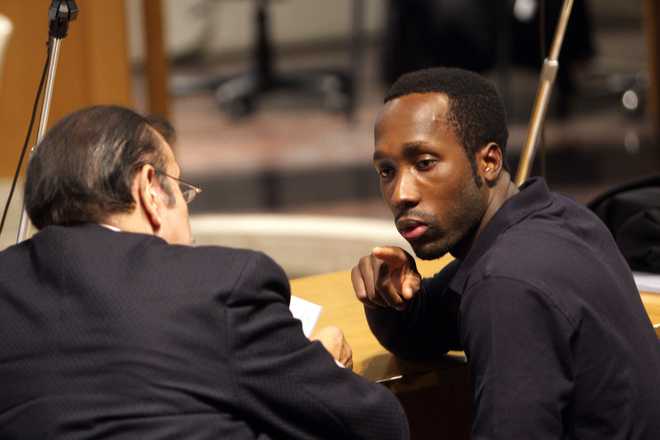 Franco Origlia / Getty Images
Rudy Guede (R), who was born in the Ivory Coast, chats with his lawyer’s assistant in the Perugia courthouse during the sitting of his appeal against the sentence he received in the Meredith Kercher murder trial, on Nov. 18, 2009 in Perugia, Italy.

Knox and Sollecito, who insisted they were away from the apartment on the night Kercher was killed, were found guilty of murder in December 2009; Knox was sentenced to 26 years in prison, and Sollecito to 25.

The verdicts marked the beginning of a lengthy legal saga for Knox and Sollecito.