The class of U.S. Rhodes scholars for 2022 includes the largest number of women ever selected for the scholarship in one year, the Rhodes Trust announced Sunday.

Of the 32 students chosen to study at the University of Oxford in England, 22 are women, the office of the American secretary of the trust said in a statement.

One of the women selected is Louise Franke, a 21-year-old senior studying biochemistry at South Carolina's Clemson University. Franke said she hopes to merge her interests in science and public policy through a career in health care policy. She intends to study politics, philosophy and economics at Oxford.

Franke, of Spartanburg, South Carolina, is also the first Clemson student elected to a Rhodes class. She cited her mentors and various academic programs at the school as integral to her success.

"It feels amazing to be part of this historic moment, as a woman and as a woman from the South," Franke said. "I don't really have the words for it." 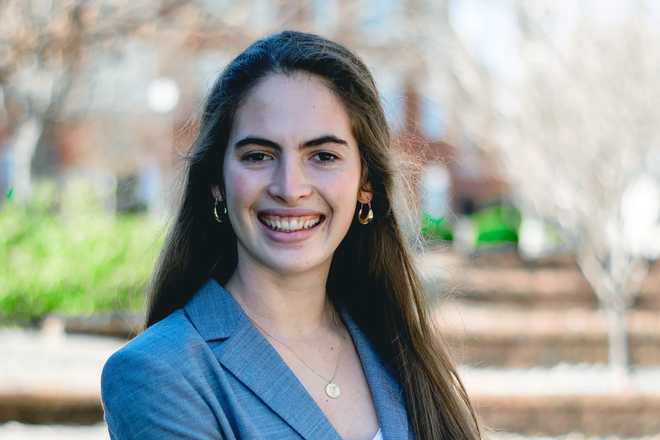 Also among the winners is Devashish Basnet, a senior studying political science at New York City's Hunter College. Basnet arrived in the United States as a 7-year-old asylum seeker from Nepal and spent much of his childhood in immigration courts, an experience he says helped turn his interests toward immigration policy.

Basnet, now 22, of Hicksville, New York, said he was proud to represent the communities he came from, especially as a product of New York City public schools.

"I definitely blacked out. It didn't feel real," Basnet said of the moment he learned he had won the prestigious honor over Zoom.

The selection process was completed virtually for the second year in a row due to the coronavirus pandemic.

In an otherwise empty classroom at Princeton University, Josh Babu began crying when he heard his name read aloud. The 21-year-old from Scottsdale, Arizona, had planned to go to medical school next year to become a doctor serving LGBTQ populations, a calling he found in college after growing up gay in what he described as a conservative environment.

But a Rhodes scholarship will help Babu embark on a policy career that will touch the lives of many more queer and transgender people, he said. His senior thesis explores the health benefits of gender-affirming medical care for transgender children. That kind of research is necessary, Babu said, because some state lawmakers have sought to limit such care.

"I was hoping to just be a doctor for queer, trans patients," Babu said. "This now gives me an opportunity to be in health policy and actually affect change at that level" that is "far more widespread and far-reaching."

Three schools — Claremont McKenna College, Mount Holyoke College and Union College — have a recipient for the first time in at least 25 years.

All 32 scholars were expected to start at Oxford in October. The scholarship covers financial expenses to attend the school.

Applicants must be endorsed by their college or university. Selection committees from 16 U.S. districts and then choose and interview finalists before electing two students from each district.