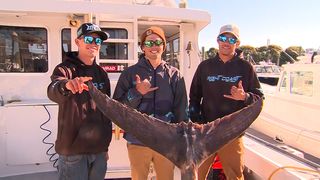 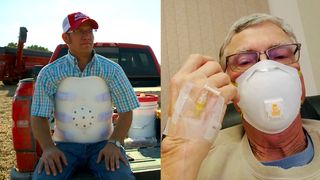 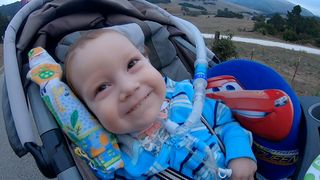 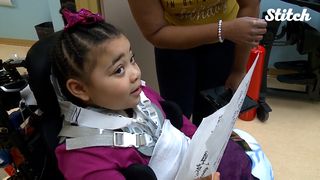 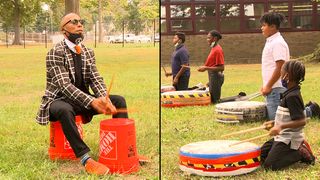 Prosecutors in the case of four former Minneapolis officers charged in the death of George Floyd told a judge Friday that the men should face trial together because the evidence and charges against them are similar, and multiple trials could traumatize witnesses and Floyd's family.

But defense attorneys have argued for separate trials, saying they would likely offer “antagonistic” defenses and the evidence against one officer could negatively impact another.

The former officers appeared in court Friday for a hearing on the prosecution’s request to hold a joint trial, a defense request to move the trial out of Minneapolis, and other issues. Judge Peter Cahill took most issues under advisement, but granted a defense request to remove a local prosecutor from the case.

Chauvin, who is in custody, appeared in person for the first time, after attending previous hearings via videoconference. He didn't make eye contact with any of the defendants as he arrived, but Kueng looked at him as he passed and Lane glanced over.

Attorney General Keith Ellison, whose office has taken the lead on prosecution, was also in court.

Cahill said Friday that four Hennepin County prosecutors including County Attorney Mike Freeman are disqualified from the trial because they met with the county medical examiner to discuss autopsy results. Cahill said they could be called as witnesses. Freeman has long been out of favor with local activists for the way his office has handled cases against police officers.

Before the hearing, a few dozen protesters gathered in front of the courthouse, chanting “No justice, no peace.” One carried a Black Lives Matter flag and wore a black helmet with swim goggles around the back of his head. By the time the hearing ended, a large, loud crowd had gathered outside. Some beat drums while others chanted anti-police slogans.

Prosecutors said in court filings that the case should proceed with one trial because the evidence – including witness statements, body camera video and police department policy on use of force – is similar for each officer.

Neal Katyal, an outside special attorney assisting the prosecution, told Cahill on Friday that the “interests of justice” favor one trial because multiple trials would place a burden on the court and witnesses, and could delay justice for months, if not years.

Katyal also said publicity over a verdict in a first trial could prejudice the jury pool for later trials. A joint trial “would allow the community to absorb the verdicts at once. ... We don’t think they should be put through the trauma of four different jury verdicts," he said.

Defense attorney Earl Gray, who represents Lane, and other attorneys argued briefly against trying the ex-officers together but relied mostly on written arguments. Gray said if trials were separate and Chauvin was tried first and acquitted, the others would essentially be cleared.

Finger-pointing already prevailed in defense court filings. Attorneys for Lane and Kueng argued their clients were rookies who followed Chauvin’s lead. Thao’s attorney, Bob Paule, said his client’s role was “absolutely distinct” from the others, because he was on crowd control while the others restrained Floyd.

Chauvin’s attorney, Eric Nelson, wrote that his client’s defense will be different, and the other men are already saying that if Chauvin committed a crime, they didn't know about it or assist.

“They blame Chauvin," he wrote.

Ben Crump, an attorney for Floyd's family members, said afterward that the hearing was emotional.

“They are trying to claim some asinine theory about an overdose. I want to be clear about this. The only overdose that killed George Floyd was an overdose of excessive force and racism by the Minnesota, Minneapolis, police department,” Crump said

“Who are you going to believe, your eyes or these killer cops?” he said.

Attorneys for all four men have also asked that the trial be moved from Minneapolis, saying pretrial publicity has made it impossible for them to receive a fair trial. Cahill deferred most of that discussion, but said he would like to send out questionnaires to potential Hennepin County jurors to find out whether they’ve seen the pretrial coverage or whether they’ve been affected by it.

Paule, Thao’s attorney, argued for moving the trial, noting the several nights of unrest in Minneapolis that followed Floyd’s death.

The sides were split on whether the jury should be kept anonymous. Some attorneys said they’ve received angry calls from people who think their clients are guilty, and expressed fear that jurors would be subject to coercion if their names become public during trial.

Nelson said his client was “persona non grata number one in Minnesota” and expressed concern about pressure on the jurors if their names got out.

“This incident has caused civil unrest not just nationally, but internationally,” he said.