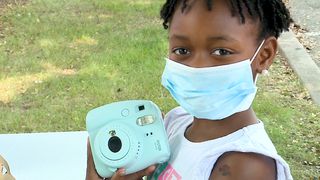 Pittsburgh Steelers offensive tackle Alejandro Villanueva wore the name "Alwyn Cashe" on his helmet Monday night, while the rest of the team had "Antwon Rose Jr." on their helmets.

Rose, 17, was shot and killed by an East Pittsburgh police officer in 2018 who was later acquitted.

U.S. Army Sgt. 1st Class Alwyn C. Cashe was on patrol on Oct. 17, 2005, in Samarra, Iraq, when a roadside bomb detonated near the Bradley fighting vehicle carrying the Florida native and his fellow soldiers. Cashe, 35, suffered fatal burns while pulling the soldiers from the burning vehicle. He died on Nov. 8 of that year at the Brooke Army Medical Center, Fort Sam Houston, in San Antonio, Texas. 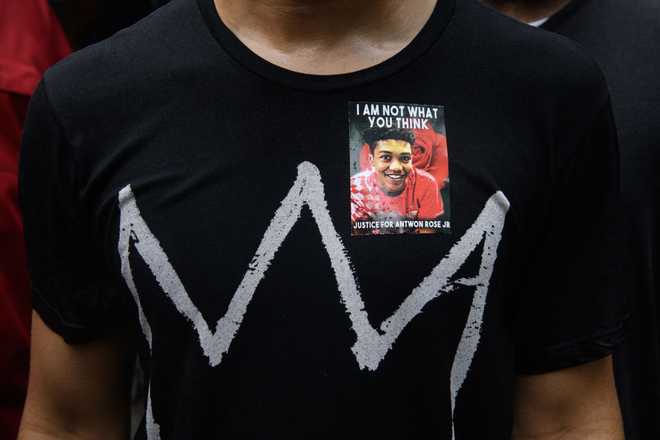 Justin Merriman/Getty Images
A man wears a sticker with a photo of Antwon Rose as he joins a protest for the police shooting of Rose during a Juneteenth celebration on June 23, 2018 in Pittsburgh, Pennsylvania. 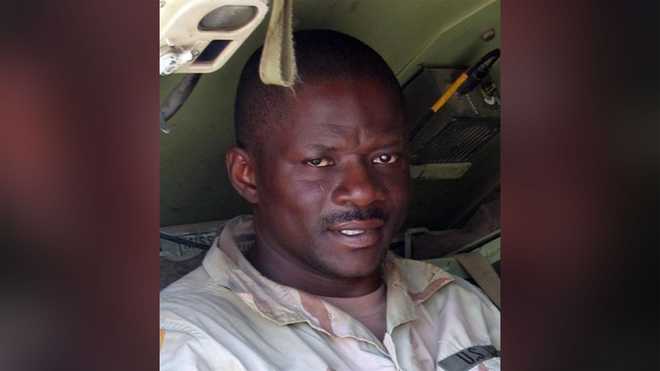 Cashe was posthumousky awarded the Silver Star for heroism after his death at 35 while on duty in Iraqhttps://t.co/a4Pbp3UERU had said ALL players' helmets would have Antwon Rose Jr's name pic.twitter.com/UMqbxVo6mj

Defense Secretary Mark Esper told lawmakers in a letter last month that Cashe's actions "merit the award of the Medal of Honor." If awarded, Cashe would be the first Black service member honored with the distinction for actions in Iraq or Afghanistan.

Esper's determination comes after a bipartisan push from lawmakers to upgrade Cashe's Silver Star Medal, the third-highest U.S. military combat honor, to the Medal of Honor, which is the nation's highest award for combat valor.

"We're going to support our players in however they choose to participate and express themselves, or to not participate or not express themselves, as long as they do so thoughtfully and with class. That has been a blanket approach that we've had, and so I think it needs no further explanation in terms of our support for Al Villanueva or anyone else in terms of what they do or don't do in regards to social justice," Tomlin said.

CNN contributed to this report.