We've all been there: arriving a few minutes late for an important event, a lunch or meeting with friends. But in shot putter Muhammad Ziyad Zolkefli's case, his tardiness cost him a gold medal at the Tokyo Paralympics.

The Malaysian athlete was stripped of his gold medal after he won the men's shot put F20 on Tuesday because he had arrived three minutes late to the competition.

Zolkefli and two other competitors were initially allowed to participate in the event because "they may have had a logical reason for being late," said International Paralympic Committee (IPC) spokesman Craig Spence.

"Therefore, we allowed them to compete and look at the facts of the matter afterward," Spence added.

However, a referee later concluded that there was "no justifiable reason for the athletes' failure" to show up to the event in time, according to a statement from track and field governing body World Para Athletics.

As a result, Zolkefli's name was trending on Twitter, with some users lamenting his loss. 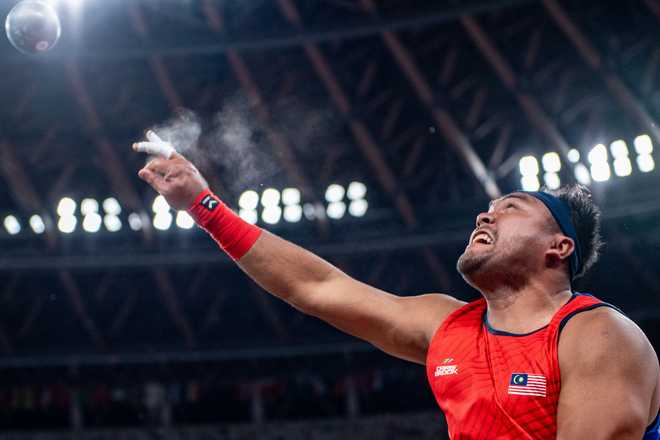 PHILIP FONG/AFP via Getty Images
Malaysia’s Muhammad Ziyad Zolkefli competes in the final of the men’s shot put - F20 at the Tokyo 2020 Paralympic Games at the Olympic Stadium in Tokyo on Aug. 31, 2021.

"You did your best. No need to say sorry champ. Comeback stronger our hero ziyad zolkefli," one user tweeted. "So heartbreaking for Ziyad Zolkefli," said another.

Others directed their anger at Ukraine's Maksym Koval, who had won silver but was awarded gold after Zolkefli's disqualification. Spence described the comments as "very abusive."

Related Story
She lost her legs in a terror attack. Now, she's competing in the Paralympics

"Ridiculous in my view. I mean, yes you can be unhappy with the decision but what I now see is comments on all our social media posts which have nothing to do with the men's shot put F20 event," Spence said.

"Rules are rules, the decision was taken, and it wasn't the Ukrainian's fault. The Malaysian was late to the call room," Spence added. "Really disappointing that such abuse happens on social media."