A couple near Utica, New York, had an out-of-this-world proposal in the most stellar way.

John Nicotera and Erica Pendrak are both educators in Utica, New York and have always had a passion for watching historic space events, such as the SpaceX launch earlier this year.

The happy couple met through Instagram over the topic of basketball. Nicotera asked Pendrak on a date, and they have been dating for about two years.

Nicotera considered himself as a big space fan. One night during the showing of Comet NEOWISE, the couple as well as their friend Tim Leach decided to watch the stars and the comet at Otter Lake on McCauley Mountain.

Nicotera forgot the binoculars, but Leach came to the rescue with his camera, taking mesmerizing images of the night sky and the comet. 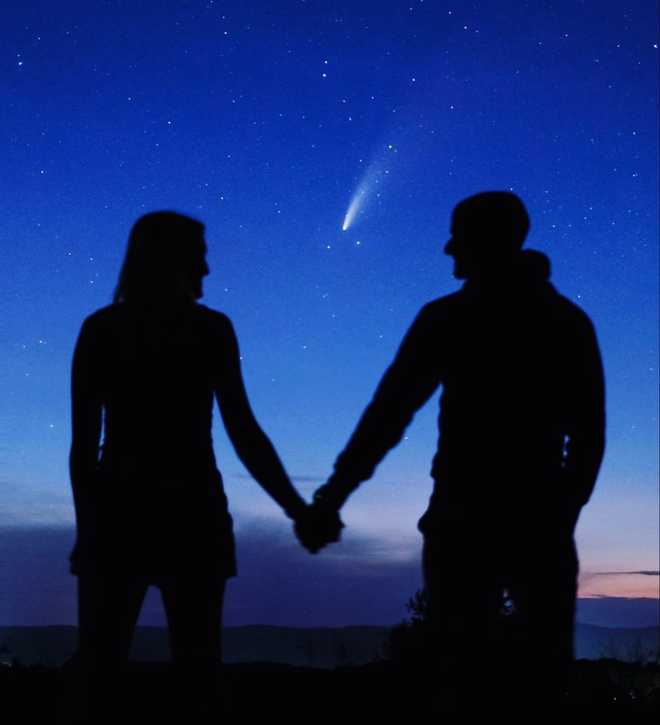 “Our friend Tim offered to take some pictures with the comet in the background," Pendrak said.

"I then dropped down on one knee and I asked Erica to marry me in front of Comet NEOWISE,” Nicotera said.

"I was just completely shocked. Tears and everything," Pendrak said.

Nicotera said this proposal was a plan B. His original plan was to propose on their trip to Oregon, but their trip was canceled due to COVID-19.

Can I get a retweet for what I pulled off last night? We even saw the ISS pass by! @SpaceX @NASA @elonmusk @astro_g_dogg @Space_Station #NeowiseComet pic.twitter.com/b9HhpOvqto

Nicotera said he never expected the International Space Station, NASA, and Elon Musk to respond to his post.