The Hearst Television National Investigative Unit looks at the financial cost of America’s post-9/11 war on terror and shows exactly how much everything cost – from wars in Iraq, Afghanistan, Syria, Libya, Yemen, Somalia, et al – along with the costs of homeland security inside the United States – including airport security, new cargo screening, and veterans’ health care, as estimated by the "Costs of War" project at Brown University. 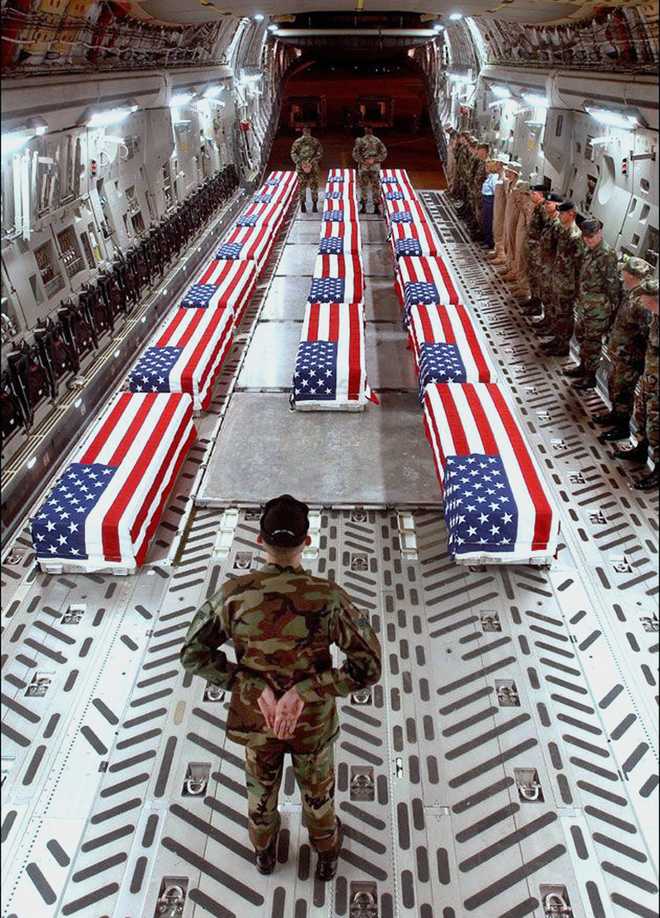 Department of Defense
Flag-draped coffins of U.S. war casualties are seen aboard a cargo plane in Dover, Del., in 2004.

This is a sobering look at the true, sustaining costs of the past two decades since the Sept. 11 attacks – not just how much taxpayers have paid so far, but what they will for decades to come.

Mark Albert is the chief national investigative correspondent for the Hearst Television National Investigative Unit, based in Washington, D.C. April Chunko, Kevin Rothstein, and David Hurlburt contributed to this report.

Know of waste, fraud, or abuse? Have a confidential tip or inside information? Send information and documents to the National Investigative Unit at investigate@hearst.com.