A former Minneapolis police officer who held his knee to the neck of George Floyd for minutes will be tried separately from the three other former officers accused in his death, according to an order filed Tuesday that cites limited courtroom space due to COVID-19 restrictions.

Derek Chauvin will stand trial alone in March while the other three former officers will be tried together in the summer. Judge Peter Cahill cited the limitations of physical space during the coronavirus pandemic, saying it is "impossible to comply with COVID-19 physical restrictions" given how many lawyers and support personnel that four defendants say would be present.

Prosecutors disagreed with the judge's decision to split the trials. A defense attorney for former officer Thomas Lane said he believed a separate trial would be better for his client, while the other defense attorneys either declined to comment or did not return messages.

Last week, prosecutors asked Cahill to postpone the March 8 trial to June 7 to reduce public health risks associated with COVID-19. In his Monday order, which was filed Tuesday, the judge wrote that while the pandemic situation may be greatly improved by June, "the Court is not so optimistic given news reports detailing problems with the vaccine rollout." 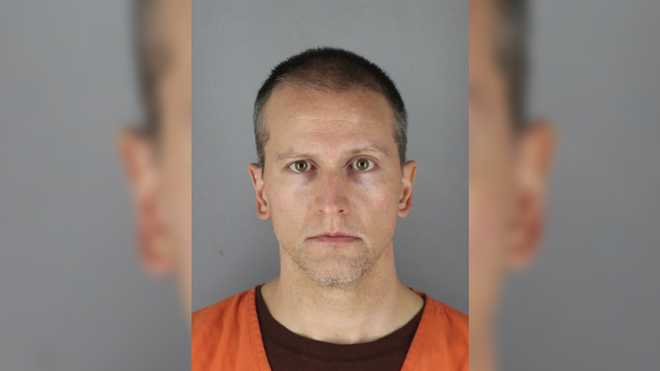 Cahill said that Hennepin County Chief Judge Toddrick Barnette requested the change after learning that each defendant planned to have co-counsel or legal support at the defense tables. Barnette looked at the configuration of the courtroom and concluded that with so many people, the space was not conducive to social distancing. Barnette wrote that he believed the courtroom could handle up to three defendants at once.

Floyd, a Black man, died May 25 after Chauvin, who is white, pressed his knee against Floyd's neck while he was handcuffed face down on the street. Police were investigating whether Floyd used a counterfeit bill at a nearby store. In a video widely seen on social media, Floyd could be heard pleading with officers for air, saying he couldn't breathe.

Floyd's death sparked protests in Minneapolis and elsewhere and renewed calls for an end to police brutality and racial inequities.

Defense attorneys had argued last year that the officers should be tried separately, since each officer might seek to diminish his own role in Floyd's arrest and death might point fingers at the other officers. Prosecutors had argued against dividing the trial, saying the evidence against all four is similar, the officers acted together and the public and witnesses should be spared the trauma of multiple trials.

Attorney General Keith Ellison, whose office is prosecuting the case, said Tuesday that he disagrees with Cahill's decision to separate the trials and to hold Chauvin's in March.

"The evidence against each defendant is similar and multiple trials may retraumatize eyewitnesses and family members and unnecessarily burden the State and the Court while also running the risk of prejudicing subsequent jury pools," Ellison said in a statement. "It is also clear that COVID-19 will still be a serious threat to public health in 8 weeks' time. ... Nevertheless, we are fully prepared and look forward to presenting our case to a jury whenever the Court deems fit."

Lane's attorney, Earl Gray, said he thinks it's better for his client to have a trial separate from Chauvin.

"In a joint trial, there's always a spillover effect no matter what. You know a jury is supposed to consider each client separately, but that's hard for anyone to do — common sense tells you that," Gray said.

Attorneys for Kueng and Chauvin had no comment on the judge's ruling. Thao's attorney did not return a message seeking comment.

Thao, Kueng and Lane are now scheduled to stand trial together beginning Aug. 23.