The new year is off to a great start for dog lovers, thanks to the addition of two new dog breeds by the American Kennel Club.

Related video above: 7 Best Dogs of the Last Decade

The AKC, the world's largest purebred dog registry, announced Tuesday that the Russian Toy and Mudi are joining the list of its recognized breeds.

"We're thrilled to have two unique breeds join the registry," said Gina DiNardo, executive secretary of the AKC, in a statement.

Not to be confused with an actual toy, the Russian Toy is a tiny, active and cheerful dog with roots in Russian aristocracy, the AKC said. The dogs love people and just want to make those around them happy. Fittingly, the Russian Toy will be a member of the Toy Group, AKC said, and there are only about 775 in the U.S.

The Mudi, on the other hand, will be a member of the herding group, which includes breeds like the German Shepherd or the Collie. The Mudi is originally from Hungary, where the breed was used on farms, the AKC said. The dogs tend to be loyal, energetic and affectionate — and perfect for any runners in the family.

"This is not the breed for a first-time dog owner. While some may call the breed stubborn, I see it as getting bored if constantly drilled," said Susanne Bergesen, corresponding secretary of the Mudi Club of America, in a statement. "They are thinkers, love to learn, learn quickly, and do not need lots of repetitions to acquire most skills."

The breed is still rather rare, though — according to the AKC, there are only about 450 of the dogs in the U.S., and up to about 4,000 worldwide. 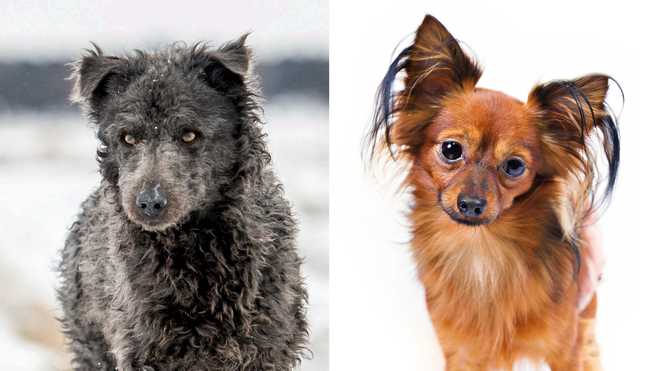 Every year, the AKC recognizes new dog breeds. In 2020, the Dogo Argentino and the Barbet joined the registry.

For a breed to be recognized by the group, there must be a minimum of 300 to 400 dogs from the breed in at least 20 states, the AKC writes. There must also be an established breed club behind the dog.

The dog breed can then be eligible to compete in the Miscellaneous Class, where dogs typically spend upwards of three years. From there, the breed can get recognized officially, which means it's eligible to participate in AKC events and affiliated clubs.