The beginner’s guide to building a home theater system

Turkey, family time and football are among the traditions that many look forward to at Thanksgiving each year. But there is one other major event that often takes center stage during the holiday: the Macy's Thanksgiving Day Parade.

The annual parade, celebrating its 95th march this year, has become something of a holiday must-see for many in the U.S. And though the 2.5-mile stretch will feature everyone's favorite balloons — Snoopy from "Peanuts," Goku from "Dragon Ball" and The Boss Baby from the DreamWorks film — six new balloons will be entering the fold.

From cultural icons to animated heroes, here are all the new balloons joining the lineup in 2021.

You may not recognize Ada Twist, but the young kids in your life might. The star of the Netflix show "Ada Twist, Scientist" will take her rightful place among the animated elite this year. Though the show is new, debuting its first and, so far, only season in 2021, Netflix has renewed it for a season two. 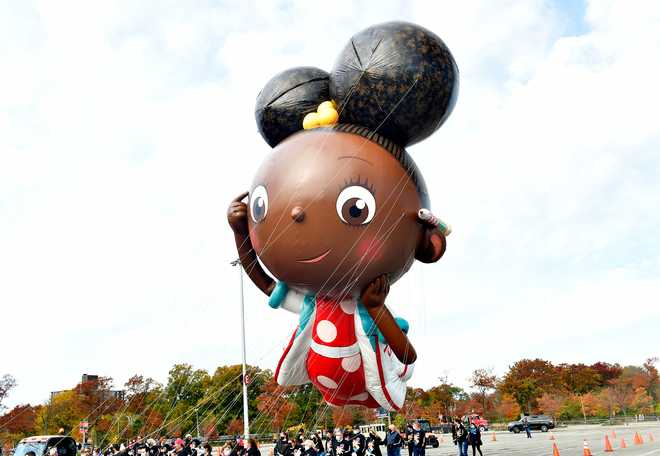 Where would we be without Baby Yoda? Of course, the extraterrestrial cutie from "The Mandalorian" that has captured the hearts of so many must make an appearance at the parade. But at 41 feet high, he's maybe not so "baby" anymore. 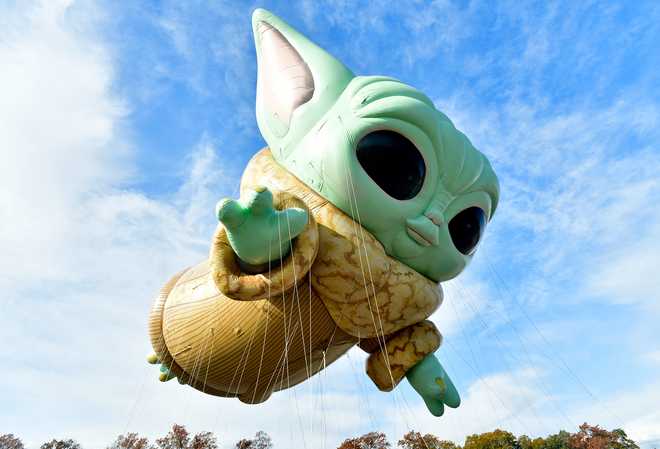 Ah, the sweet feeling of millennial nostalgia. Pikachu and Evee snuggled together in a Poké Ball sled is not what many may have expected to see at the parade, but thank goodness, Pokémon knows what the people need. 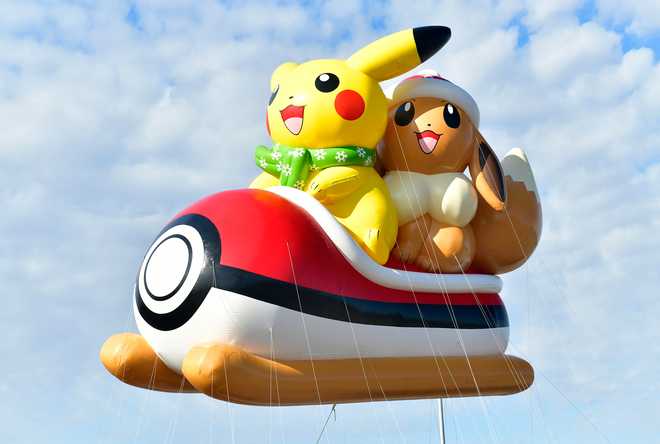 It's a new design for the character who has been part of the parade in some form since 1987. Because nothing says Thanksgiving like a 40-foot-tall fast food clown. 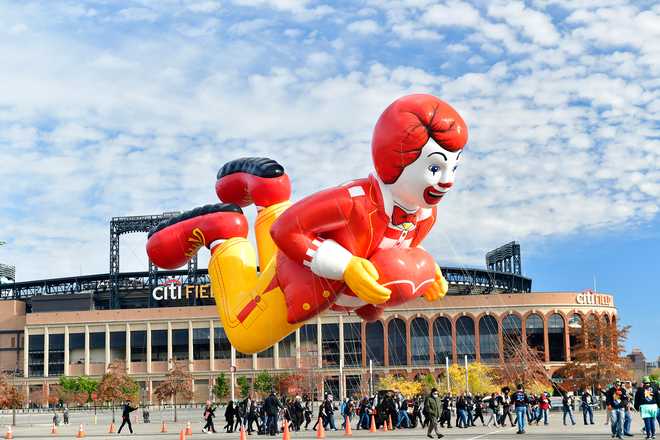 Move over Rudolph, there's a new reindeer in town. Tiptoe is the star of Macy's holiday campaign, the retailer said. This year doesn't just mark her first parade appearance, it's also the first time a balloon puppet has ever marched in the parade. During the parade, puppeteers will move her head and legs, making Tiptoe literally prance through the streets of New York City. 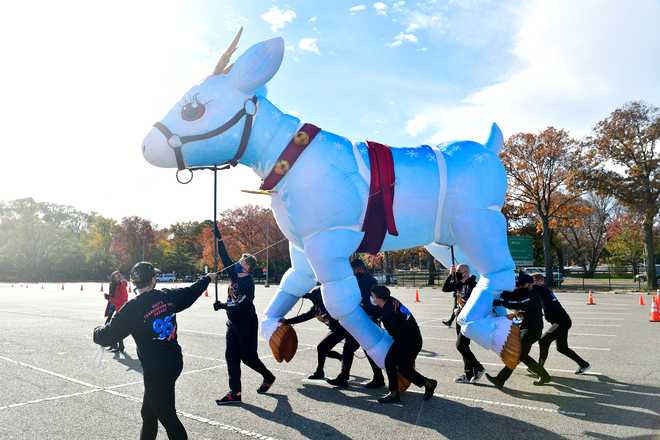 Named for legendary puppeteer Tony Sarg, who also did a number of projects for Macy's and the parade, this band-leading bear is a showstopper. Designed, built and painted entirely by Macy's Studio team, the bear is "showing everyone how to march to their own beat," the retailer said. 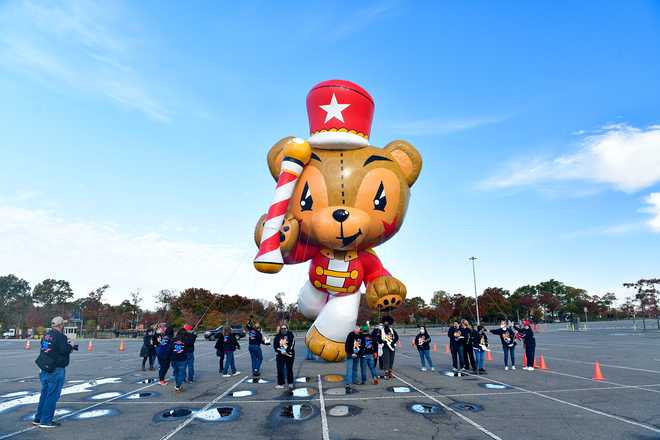 How to watch the balloons inflate

From noon to 6 p.m. Wednesday, those in New York City can watch the balloons being prepared for their Thanksgiving Day flights on the Upper West Side at 72nd Street and Columbus Avenue.

Attendance will be limited to fully vaccinated guests (you must bring proof) and will have capacity limits. Children 11 and younger can attend with vaccinated adults. Social distancing is encouraged and masks are required.

The U.S. government is shipping free COVID-19 test kits. Here are the ones authorized by the FDA