He goat this: Abandoned baby goat named Ricky on road to recovery

Milton Glaser, co-founder of New York Magazine and famed graphic designer behind the "I ♥ NY" logo, has died, according to the magazine.

Glaser died Friday on his 91st birthday, the magazine's obituary says. His wife, Shirley Glaser, told The New York Times the cause of death was a stroke and that he also suffered from renal failure. She could not be immediately reached for comment by CNN.

"On behalf of the family of New York, my thoughts are with Milton's loved ones today, especially his wife Shirley. We lost a brilliant designer and great New Yorker," said New York Gov. Andrew Cuomo in a statement to CNN.

Born in 1929, Glaser got his start in design at New York City's Cooper Union for the Advancement of Science and Art. He then went on to launch Push Pin Studios in 1954 with several former classmates, which "exerted a powerful influence on the direction of world graphic design," according to Glaser's website.

By 1968, Glaser founded New York Magazine with Clay Felker, and served as president and design director until 1977.

Glaser is perhaps best known for designing the iconic and ubiquitous "I ♥ NY" logo. 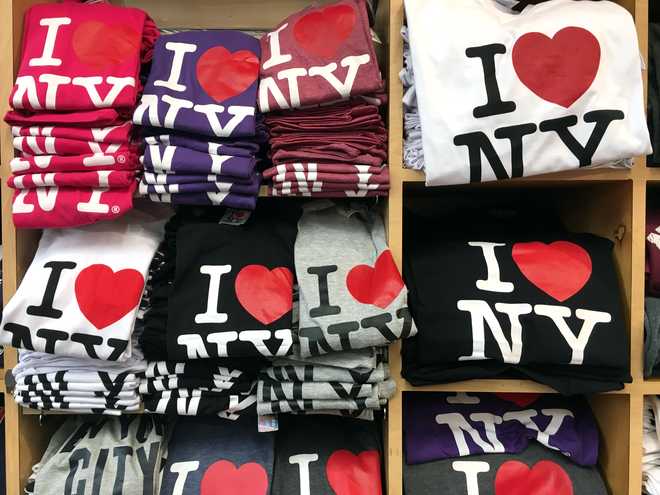 It was created in 1977 to promote tourism in New York State amid the city's spate of crime, infamous blackout and widespread economic hardship.

His concept sketch, hastily scribbled in red on a paper envelope, is part of the Metropolitan Museum of Art's permanent collection.

Beyond his most well-known designs, Glaser's work is featured in permanent collections at the MoMA, the Israel Museum in Jerusalem, and the National Archive and Smithsonian Institute in Washington D.C., among others.

Glaser was the only graphic artist to have had one-man shows at both the Centre Georges Pompidou in Paris and the Museum of Modern Art in New York, according to the National Endowment of the Arts.

He received the National Medal of Arts in 2009.

More recent designs included the Brooklyn Brewery label and the poster for season 7 of "Mad Men."

"Milton Glaser's work is everywhere: in logos in your supermarket, on posters you see from the sidewalk, and in the identity of New York itself," the magazine's editors wrote in a statement. "Not to mention on your screens and in your mailbox, in the cover logo that he drew for the first issue of New York Magazine: It's so durable that we still use it 52 years later. Much of our magazine's DNA encodes Milton's ideas, visual intelligence, and New York sensibility. We're sad to hear that he's gone — but what a big life he lived."