Four people have died and 30 have been hospitalized with listeria, likely after eating recalled enoki mushrooms from the company Sun Hong Foods, authorities said.

Sun Hong Foods recalled the mushrooms Monday because they may be contaminated with listeria, according to the Food and Drug Administration's website.

Four deaths have been reported in California, Hawaii and New Jersey, according to the U.S. Centers for Disease Control and Prevention. The CDC has gotten 36 reports of infected people from 17 states.

"Do not eat, serve, or sell any recalled enoki mushrooms distributed by Sun Hong Foods, Inc." the CDC said on its website. 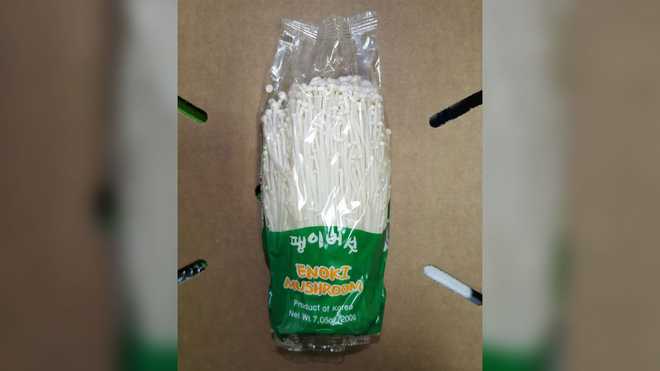 Enoki Mushroom
The recalled mushrooms were sold in clear plastic packages with a green label.

Pregnant women can have these same symptoms but the bacterial infection can also lead to miscarriage, stillbirth, premature delivery or life-threatening infection for the newborn.

Related video: These 6 foods are most likely to make you sick

Symptoms typically start one to four weeks after eating the contaminated food. The infections can be treated with antibiotics.

The source of contamination is being investigated as well as whether other products are linked to the illness.

The mushrooms, labeled "Product of Korea," are white and long with small caps, the CDC said.

The mushrooms were sold in 7.05-ounce/200-gram clear plastic packages with a green label, the CDC said.

Until the CDC learns more about the source of the mushrooms and how they're distributed, it advises all people at higher risk of infection -- pregnant women, people 65 and older and people with weakened immune systems -- to avoid eating any enoki mushrooms labeled as being from Korea.