A North Carolina man was arrested Thursday in connection with the kidnapping and murder of a 4-year-old girl in Lexington County, South Carolina, more than three decades ago, according to the Lexington County Sheriff's Office.

Thomas Eric McDowell, 61, has been charged with murder, kidnapping and first-degree burglary in the disappearance and death of Jessica Gutierrez.

Gutierrez disappeared from her home sometime after 11:30 p.m. on June 5, 1986, according to a missing person poster distributed by the sheriff's office and the FBI.

Authorities later identified McDowell's fingerprint, according to a redacted arrest warrant. It's unclear where authorities found the fingerprint or when it was identified as belonging to McDowell.

In the same warrant, authorities said McDowell was later identified in a photo lineup, and he told other people he had kidnapped and killed the girl.

The sheriff's office said the girl was never seen again, and her body was never found.

But it's unclear what development in the case led to McDowell's arrest, and a spokesperson for the sheriff, who provided the arrest warrants and other information, didn't supply an answer to this question when pressed by CNN. 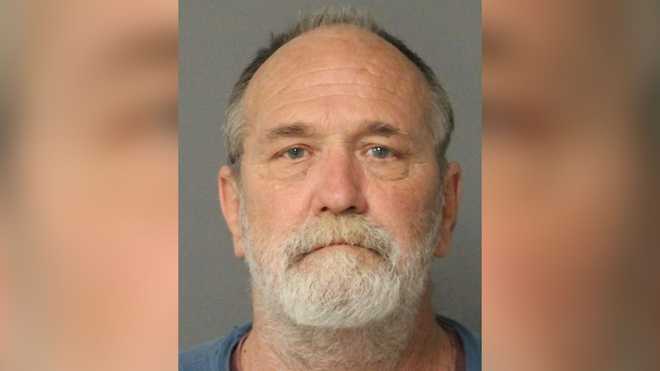 Wake County Detention Center
A North Carolina man was arrested in connection with the kidnapping and murder of a 4-year-old girl in Lexington County, South Carolina, more than three decades ago, according to the Lexington County Sheriff’s Office.

"If you're not safe at home, where are you going to be safe?" asked the girl's mother, Debra Gutierrez, in an interview last year with law enforcement officials. The mother said she "had mental breakdowns" following her daughter's disappearance.

McDowell was living in Lexington County in 1986. The Wake Forest Police Department arrested him at his home Thursday morning, about 20 miles north of Raleigh. He is being held in the Wake County Detention Center, according to the sheriff's office, which also said the case will be prosecuted by the South Carolina Attorney General's Office.

CNN has contacted the South Carolina Attorney General's Office for additional information and is awaiting comment.

At a hearing Friday afternoon in Raleigh, North Carolina, McDowell, represented by a public defender, was ordered held without bond until he is extradited to South Carolina.