Deputies in South Carolina are still investigating a hit and run Saturday night that killed a 19-year-old woman.

The crash happened Saturday night just around 10:12 p.m. on Highway 24 in Anderson County.

Josephine 'Josy' Nunn, 19, was killed when deputies say a car hit her, sending her into concrete barriers. 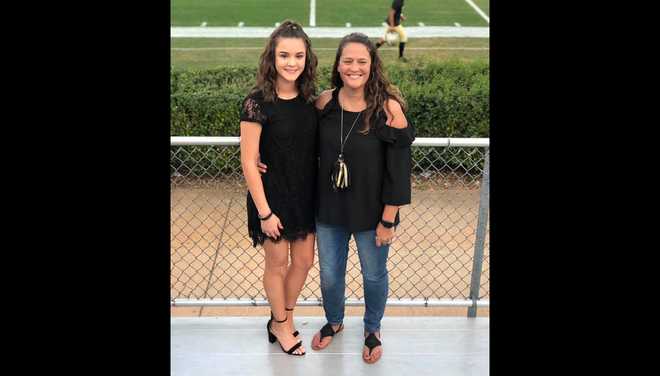 The Anderson County Sheriff's Office says Nunn was wearing her seatbelt and was trapped inside her car. She died at the scene.

The driver, whom detectives have identified, allegedly drove off. The name of the driver has not been released.

A black Dodge truck has been seized for further examination and processing of potential evidence, according to Staff Sgt. J.T. Foster, public information officer for the sheriff's office.

Nunn’s family is now mourning her loss and begging for answers.

"I do want them to know what they did and pay for it," Josephine's mother, Virginia Nunn, said.

Nunn's boyfriend was driving alongside her Saturday night in his own truck. He says he looked on in heartbreak as he watched the scene unfold.

"I was just sitting there looking," Nunn's boyfriend, Ryan Gambrell, said. "Couldn’t do nothing. Helpless."

Gambrell says a car kept swerving and speeding past them aggressively.

"He just had road rage," he said. "We were going the speed limit, down the road together side by side. He flew past us in the median."

In what Gambrell calls road rage, he says the driver hit Nunn, sending her into the concrete barriers on the side of the road. He calls the other driver's actions "stupid and careless."

"He was just driving crazy, and she just got a little too close, and he swerved out, gained momentum, and just hit her," Gambrell said. "I do believe it was intentional."

A memorial now sits at the scene of the crash in Nunn’s memory. It's filled with balloons, stuffed animals, and other mementos in her memory.

Nunn's family says she graduated from Pendleton High School where she cheered and was a member of the student council.

Her mother says she loved to work and help others, working as a med-tech at Dominion Senior Living in Anderson. She says Josy also went to Tri-County Technical College.

"She has so many friends, co-workers, and a lot of us are just hurting so bad right now," Virginia Nunn said.