While presenting to the virtual National Tropical Weather Conference, Phil Klotzbach released the findings of their seasonal long range hurricane forecast. Their numbers for this season are: 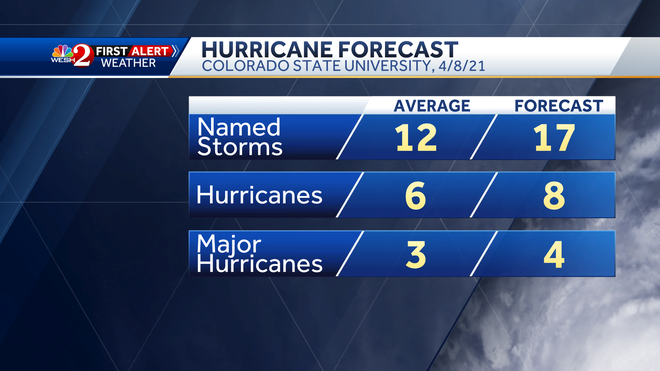 They're calling for a well above average season, with 17 named storms, eight hurricanes, and four major hurricanes.

The forecast goes further to talk about percentages for landfalls, and impacts to land over the season. 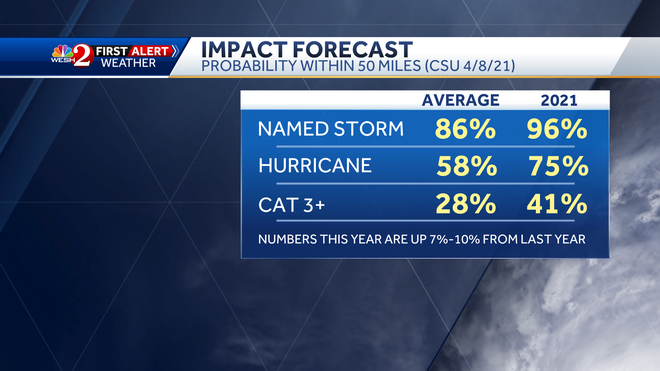 The team at Colorado State is calling for a 96% chance that at least one named storm comes within 50 miles of the Florida Coastline, a 75% chance a hurricane does the same, and a 41% chance for a major hurricane;

These numbers are all up from last year's numbers, and well above the over 100-year "average."

This year, like in all others, the key takeaway is that it only takes one storm impacting your area to make for a bad season, so we need to be preparing as best as is possible.