Authorities released a photo of a man wanted for questioning in connection to the disappearance of 18-year-old Madison Bell.

"Investigators are interested in identifying the individual in the below photos. This individual may have information related to the disappearance of Madison Bell from Highland County on May 17, 2020," officials said.

Anyone who recognized the man is asked to call the Highland County Sheriff’s Office at 937-393-1421.

Federal officials are now involved in the search for the Ohio high school senior who disappeared en route to a tanning salon.

The 18-year-old was last seen leaving her house Sunday. 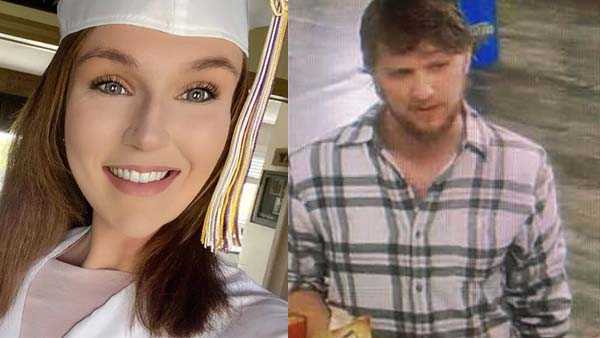 Her mother, Melissa Bell, said her daughter left around 10 a.m. Sunday to go tanning at the Country Corner Market which is about eight minutes from their home.

When Maddie didn’t return home an hour later, Melissa Bell said she and Maddie’s boyfriend, Cody Mann, who lives with them, went looking for the teen.

They found her car in a church parking lot across the street from the corner market. Melissa Bell then called the Highland County Sheriff’s Office to report her daughter missing.

During the nearly three-minute call that WLWT obtained, Melissa Bell said, “The car is sitting in the church parking lot with the keys in it, unlocked with her phone in it. She's nowhere to be found … She left her phone which is so unlike her. She's never done anything like this before, ever.”

“There's no reason, so far, that we found, why she would've pulled into that parking lot,” Barrera said.

The sheriff’s office has possession of the car, and Barrera said they found nothing out of the ordinary in it.

Barrera said a church employee saw a white four-door sedan in the church parking lot Sunday morning and it stood out because services were canceled due to the health crisis. The employee told investigators she thought the car had California plates on it and at one point, saw a white man near it.

That car was caught on security cameras from the Corner Market leaving the church lot Sunday morning and heading toward Leesburg. Investigators would like to speak to the person driving the car.

Barrera confirmed Wednesday that the FBI and Ohio Bureau of Criminal Investigation is assisting with the investigation. He said his office has received hundreds of tips and tips from nearly a dozen states. He said not all have been credible.

“With the FBI's help and the technology they have, there's a lot of things we're working on that will hopefully be brought to light in the near future,” Barrera said.