A Navy medic who shot and wounded two U.S. sailors before he was killed by police on a nearby Army base was a laboratory technician assigned to a Naval medical research center on the base, according to his service record and a military official.

On Wednesday, authorities released a photo of the suspect, identified as Fantahun Girma Woldesenbet, 38, of Frederick, Maryland. Police said Woldesenbet lived off base in Frederick and that he was an active duty Navy hospital corpsman.

Authorities said Woldesenbet was shot and killed by Fort Detrick's civilian military police after he initially shot two people in the 8400 Block of Progress Drive and then drove onto Fort Detrick.

Frederick Police Chief Jason Lando said Tuesday afternoon that one of the victims remained hospitalized in critical condition. The Navy said the other sailor was released from the hospital on Tuesday afternoon.

An investigation continues, including determining a possible motive, authorities said.

Lt. Col. Gregory Jackson, the Army base's chaplain, said in a Facebook post that the shootings leave a lasting mark on the Fort Detrick community "with a lot of questions, and the biggest will be why?"

"Why did this person choose to do what he did?" he asked. "I wish we had answers to these questions, but, we don't always know the reason."

Woldesenbet's service record says he enlisted in September 2012 and most recently reported to the Naval Medical Research Center in Frederick in August 2019. In between, he served at military facilities in San Antonio, Texas; Camp Lejeune in North Carolina; Corpus Christi, Texas; Bremerton, Washington; and Portsmouth, Virginia.

Woldesenbet was awarded a Good Conduct Medal, a National Defense Service Medal and a Global War on Terrorism Service Medal, his record shows. It lists his rank as Hospital Corpsman 3rd Class.

The Associated Press contributed to this report. 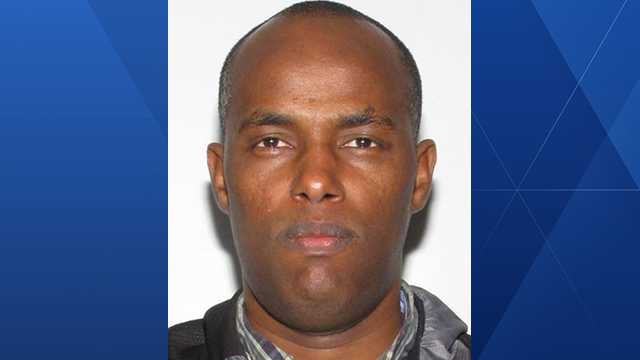