A British man, a Florida man and a Florida teen hacked the Twitter accounts of prominent politicians, celebrities and technology moguls to scam people around globe out of more than $100,000 in Bitcoin, authorities said Friday.

Authorities say the three were behind the massive hack that targeted the accounts of high-profile users including Joe Biden, Barack Obama, Bill Gates and others.

The July 15 attack was one of the most high-profile security breaches in recent years. The attackers sent out tweets from the accounts of the public figures, offering to send $2,000 for every $1,000 sent to an anonymous Bitcoin address.

“These crimes were perpetrated using the names of famous people and celebrities, but they’re not the primary victims here. This ‘bit-con’ was designed to steal money from regular Americans from all over the country, including here in Florida,” Warren said in a news release. “This massive fraud was orchestrated right here in our backyard, and we will not stand for that.”

Twitter apologized for the breach saying in a blog post, "We're embarrassed, we're disappointed, and more than anything, we're sorry. We know that we must work to regain your trust, and we will support all efforts to bring the perpetrators to justice."

“Working together, we will hold this defendant accountable,” Warren said. “Scamming people out of their hard-earned money is always wrong. Whether you’re taking advantage of someone in person or on the internet, trying to steal their cash or their cryptocurrency—it’s fraud, it’s illegal, and you won’t get away with it.” 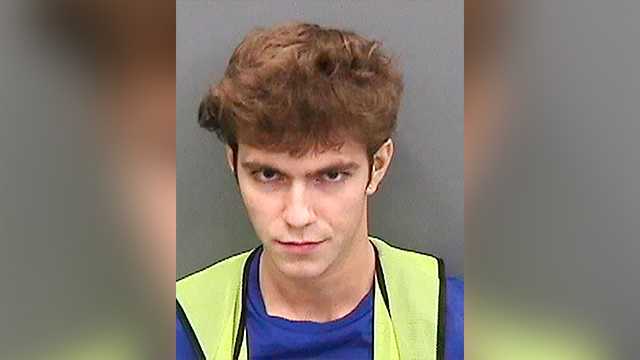 The breach highlighted a major flaw with the service millions of people have come to rely on as an essential communications tool.

Allison Nixon, chief research officer at cybersecurity firm 221B told the Associated Press that the people behind the attack appear to have come from the "OG" community, a group interested in original, short Twitter handles such as @a, @b or @c, for instance.

"Based upon what we have seen, the motivation for the most recent Twitter attack is similar to previous incidents we have observed in the OG community — a combination of financial incentive, technical bragging rights, challenge, and disruption," Nixon wrote. "The OG community is not known to be tied to any nation state. Rather they are a disorganized crime community with a basic skill set and are a loosely organized group of serial fraudsters."

While this attack did not appear go further than the Bitcoin ruse, it raises questions about Twitter's ability to secure its service against election interference and misinformation ahead of the U.S. presidential election.

"Entire markets and potentially elections may be manipulated or altered in this way," Nixon said. "Victims of account takeovers generally do not know that the fraud has occurred and generally cannot take security precautions to prevent it."