Vermont wildlife officials have certified a fish caught in August on the region's largest lake as record-breaking.

Officials with the Vermont Fish and Wildlife Department confirmed the 19-pound lake trout reeled in by angler Jeffery Sanford on Lake Champlain is the largest ever caught on the lake. The fish measured 36.5 inches long, according to a release from the group.

“I just got my first boat this year, and it was my first time out alone,” Sanford said. “It hit on my first cast of the day. Once I netted it and got it in the boat, I was astounded at its size and lack of any lamprey scars or wounds.” 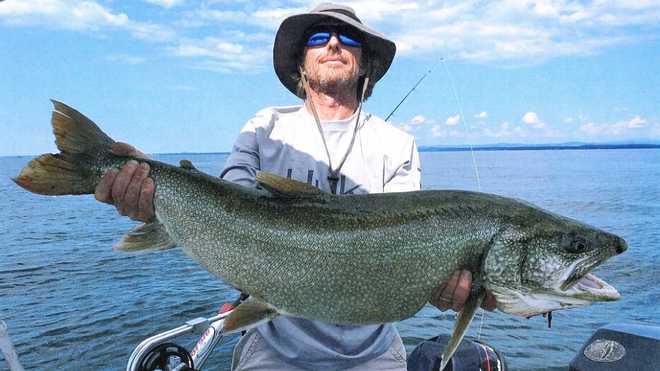 Sanford says he wanted to release the lake trout alive but was unable to revive the fish, so he entered it into the Fish and Wildlife Department’s record fish program.

According to department fisheries biologist Shawn Good, who oversees the Vermont State Record Fish Program, Sanford’s catch is a reason for celebration.

“Jeff’s fish is the largest lake trout from Lake Champlain entered in the Record Fish Program since the department started keeping fish records in 1969,” said Good. “There have been much larger lake trout caught in other Vermont waters, but this Champlain fish is a big deal."