The whiff of translucent smoke exhaled from the hand-held “puff-o-matic,” rose several feet toward the bathroom ceiling, and promptly set off the alarms at Wheeler County High School. 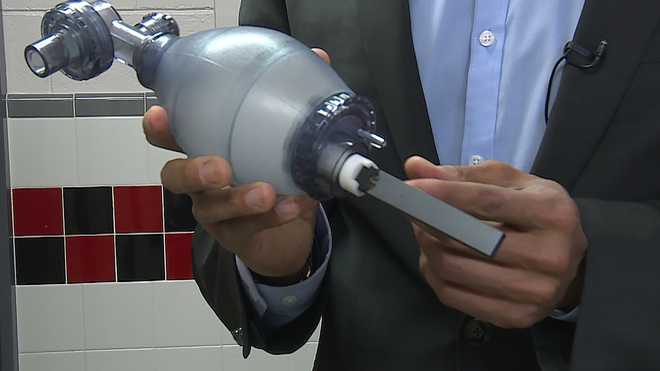 Hearst Television
A puff-o-matic device, using a JUUL pod, is used to simulate vape use in a student bathroom at Wheeler County High School in Alamo, Georgia.

The simulated dragnet had sniffed out the “fingerprint in the air” of a vaping device.

“We catch them in the act,” declared William Bell, principal at the school in Alamo, Georgia, several hours southeast of Atlanta.

The alert came nearly instantaneous as a text or email on the cell phones and desktops of administrators at the campus, which has 519 students, grades sixth through 12th. 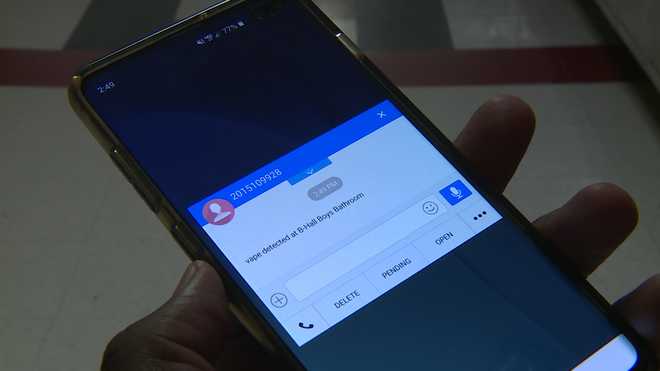 Math teacher Lorraine Adams’s classroom is less than 10 feet from the girls’ bathroom, where some of her students go during class or breaks, she suspects, to vape. "It's addictive,” Adams said in an interview in the school hallway. “And when someone's addicted to something, that is where their mind is on pretty much a lot of the time."

Schools nationwide are now installing vaping detectors from a wide array of companies. Sales last year at one of them, Soter Technologies, went from 700 to 6,000 devices, according to Derek Peterson, CEO of the New York-based company. Most of them were sold to school districts. 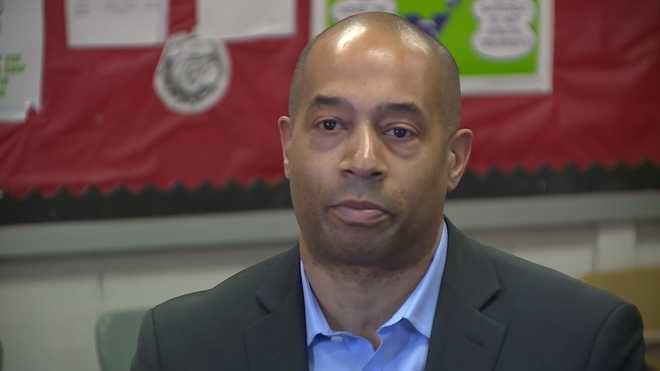 He predicts, “the trend will be for every school across America” will install vaping detectors.

It costs about $10,000 to equip the average school with enough devices, normally in student bathrooms. The impact of vaping isn’t limited to the cost of the detection devices. Suspensions, lost class time and other expenses all take money and time from schools, administrators say.

In response, some districts are suing vaping manufacturers to pay for the consequences of students being sucked in by America's vaping epidemic.

A week after a Feb. 5 hearing that saw CEOs of major vaping manufacturers testify before Congress, 17 senators in both parties warned the FDA commissioner in a letter that it is "virtually certain" vaping devices in the marketplace today "have entered illegally.” 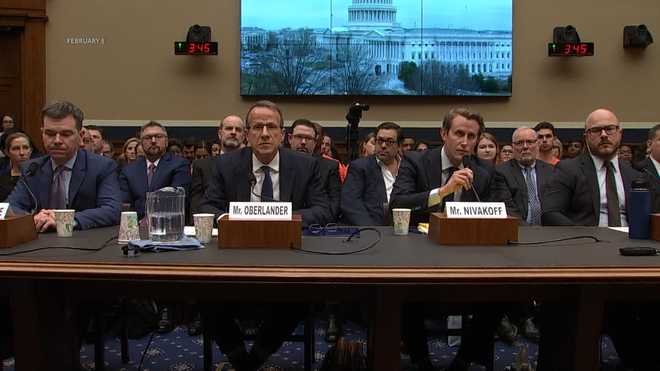 They want any vaping products that did not meet a Wednesday deadline for seeking FDA review to be "quickly and decisively” removed to, in part, reduce usage by young people. On a call with reporters Sept 9, the FDA’s Mitch Zeller, director of the agency’s Center for Tobacco Products, vowed to “prioritizing enforcement” for those types of products.

The American Vaping Association, which says it advocates for use of e-cigarettes as a smoking cessation method, has criticized Senate bill 1253 which seeks to further restrict access of vaping products to minors, saying in a recent news release the legislation is “unlikely to reduce youth usage,” while increasing costs for adult vapers.

At Wheeler County High School in southern Georgia, principal William Bell was succinct about the problem facing his students. 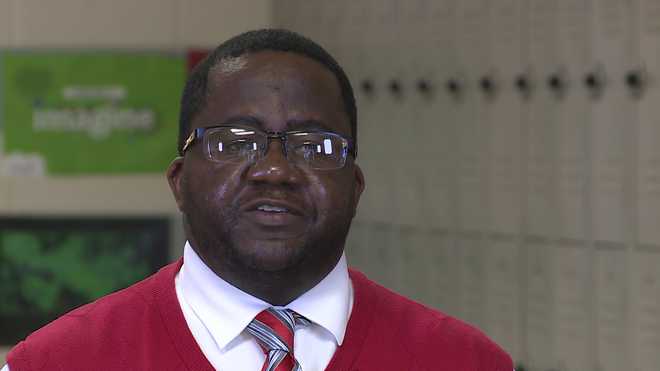 "It's an epidemic,” said Bell, who keeps confiscated vaping devices in a draw in his desk. Students, he said, “want to be cool, is what we're finding out.”

“One thing I try to stress is the dangers of vaping."

Mark Albert is the chief national investigative correspondent for the Hearst Television National Investigative Unit, based in Washington D.C. April Chunko, Travis Sherwin, and Hyojung Kim contributed to this report.

Know of e-cigarette injuries? Have a confidential tip or inside information about the vaping industry? Send information and documents to the National Investigative Unit at investigate@hearst.com.