For weeks, the circle in Jefferson Square has become the center of protests in downtown Louisville, and home to a growing memorial of signs and flowers for Breonna Taylor.

Now there are efforts to honor Taylor with a permanent memorial there.

Community activist Christopher 2X is leading an effort to rename the area Breonna Taylor Fountain Circle. He said in initial conversations, Louisville Mayor Greg Fischer supported the idea of a healing space recognizing Taylor, with the location still to be worked out and the timeline dependent on the investigations from Kentucky Attorney General Daniel Cameron and the FBI.

2X, who has worked with families affected by violence for years, envisions the space as an area that people can gather and reflect with vigils and balloon releases, as a tribute to Taylor's time working as an EMT and in emergency rooms.

"We want to do something as a permanent marker for Breonna. Where she can act as that presence for healing," 2X said. 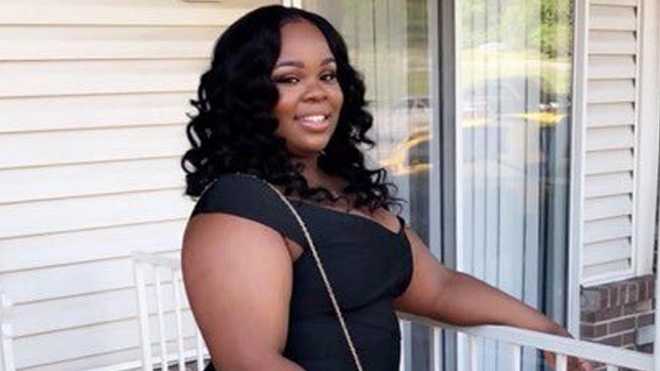 Metro Councilwoman Barbara Sexton Smith is partnering with 2X on the efforts, and said in a statement: "Together we passed Breonna's Law and together we shall honor her life and legacy. This is a pivotal moment in time, and oftentimes you will find one woman who leaves its mark on that moment in history. Breonna was a game changer, and I am grateful for our young leaders who are working to create a place in District 4 where everyone is welcome to visit, reflect, dream, and say her name — Breonna Taylor."

Other support for the idea has come from out of town. Saturday afternoon, hundreds of motorcycles rolled down Jefferson Street together and parked in front of the the circle. A group of riders started in Nashville, and were joined by others from surrounding states along the way.

"We started looking back at the things that happened with Breonna," said Vincent Harris, president of one of the motorcycle clubs taking part in the ride. "We wanted to bring something positive and create this movement on behalf of the Tennessee, Kentucky, Ohio, North Carolina areas of this movement. We want to be part of this."

The group raised more than $1,800 through their journey for Taylor's mother Tamika Palmer.

"It's beautiful. Like I said, in the beginning it was lonely," Palmer said. "A lot of people didn't know the story or what was going on. Just to have all these people from all over and all type of people to support the same cause it's a blessing."

Soulmates married for 58 years succumb to COVID-19 together