Coachella Valley Music and Arts Festival will postpone the event, until October, over the spread of COVID-19, concert promoter Golden Voice says. 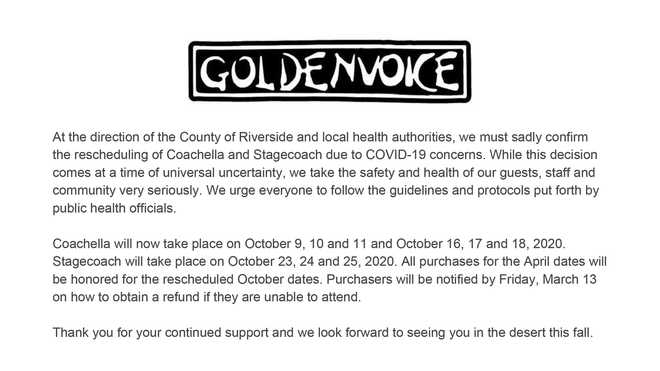 Both events, which attract hundreds of thousands of visitors, join a host of others -- from concert tour legs to conferences -- that have canceled or rescheduled plans as the number of global cases of coronavirus continues to climb.

Rage Against the Machine, Travis Scott and Frank Ocean were scheduled to headline Coachella.

Bonnaroo Music & Arts Festival in Tennessee has been postponed to the fall due to the virus. It will now be held September 24-27 instead, three months after it had originally been planned.