Forecasters at the National Oceanic and Atmospheric Administration are predicting an above-normal 2020 Atlantic hurricane season.

The climate prediction center is forecasting a range of 13 to 19 named storms, of which six to 10 could become hurricanes, including three to six major hurricanes. 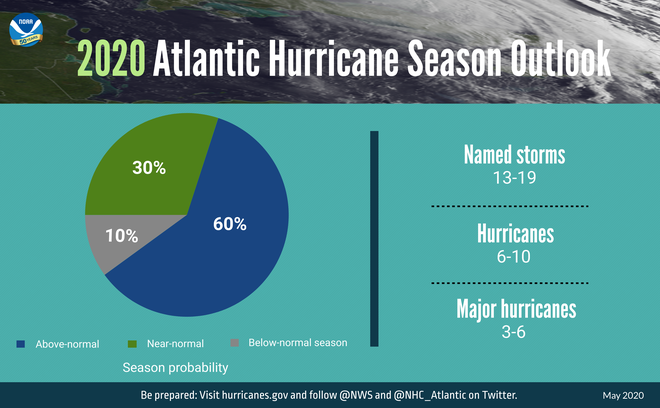 "As Americans focus their attention on a safe and healthy reopening of our country, it remains critically important that we also remember to make the necessary preparations for the upcoming hurricane season," said Secretary of Commerce Wilbur Ross.

Forecasters say there will not be an El Niño present to suppress hurricane activity, leading toward a La Niña.

The Atlantic hurricane season runs from June 1 through Nov. 30.