Bill and Melinda Gates are ending their marriage after 27 years, the pair announced in a statement on their verified Twitter accounts.

"After a great deal of thought and a lot of work on our relationship, we have made the decision to end our marriage," the statement reads.

The couple founded their philanthropic organization, the Bill and Melinda Gates Foundation, together in 2000. Since then, the foundation has spent $53.8 billion on a wide range of initiatives related to global health, poverty alleviation and more, according to its website.

"We have raised three incredible children and built a foundation that works all over the world to enable all people to lead healthy, productive lives," the statement says. "We continue to share a belief in that mission and will continue our work together at the foundation, but we no longer believe we can growth together as a couple in this next phase of our lives." 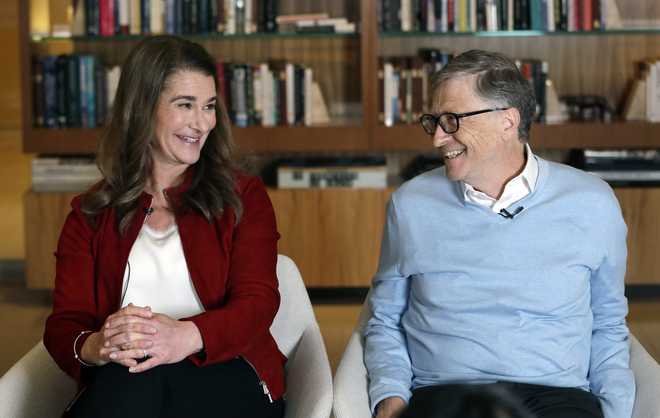 Elaine Thompson / AP File Photo
In this Feb. 1, 2019, file photo, Bill and Melinda Gates look toward each other and smile while being interviewed in Kirkland, Wash.

Bill and Melinda Gates met in 1987 at Microsoft — which Bill Gates founded and was, at the time, running as CEO. She worked as a product manager as part of the first class of MBA graduates to join the company and eventually rose through the ranks to become general manager of information products.

The couple married in Hawaii in 1994.

Over the past year, the Gates, through their foundation, have been involved in the fight against COVID-19 and the effort to develop and distribute vaccines around the world. As of December, the group had committed a total of $1.75 billion to the global pandemic response.

The foundation did not immediately return a request for comment from CNN Business.