Officers with the Scotts Valley Police Department were able to track down the elusive Bigfoot statue that had been stolen from the Bigfoot Discovery Museum in Felton.

On Thursday, Scotts Valley police reported they responded to a "suspicious figure" in the roadway near Glen Canyon and Green Hills roads when they spotted Bigfoot.

Have you seen Bigfoot? No, really. A Bigfoot statue was stolen from a California museum

"He was a little banged up but will be returned to his rightful place," said police on Facebook.

The museum has been closed due to the pandemic, said Bigfoot Discovery Museum Curator Michael Rugg. Rugg said the lock securing the Bigfoot statue had been cut. 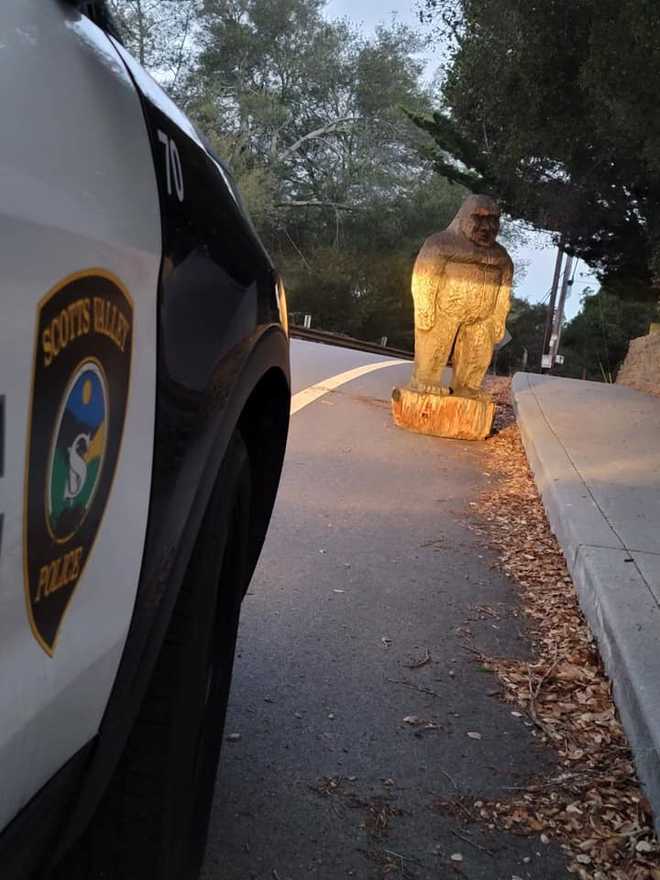