Betty White wasn't supposed to play Rose Nylund on "The Golden Girls," but we are so grateful that she did.

White was originally supposed to portray the hot-to-trot widow Blanche Devereaux on the comedy series about four senior women living together in Miami. It ran from 1985 to 1992.

The show's director, Jay Sandrich, however, had worked with White on "The Mary Tyler Moore Show" and thought the Blanche character was too close to White's role on it, Sue Ann Nivens.

So Rue McClanahan was cast as Blanche, and White became sweet, ditzy Rose, one of the most beloved of the "Golden Girls."

The following are some of the Rose's best moments and lines on the show.

In an episode entitled "In a Bed of Rose's," Rose sleeps with a man named Al Beatty and he dies in her bed.

Her husband, Charlie Nylund, had previously died during a bout of their lovemaking, so Rose begins to believe she's lethal to men.

She later tells her roommates Blanche (McClanahan) and Dorothy Zbornak (played by Bea Arthur) that she slept with another man named Arnie and he also died. 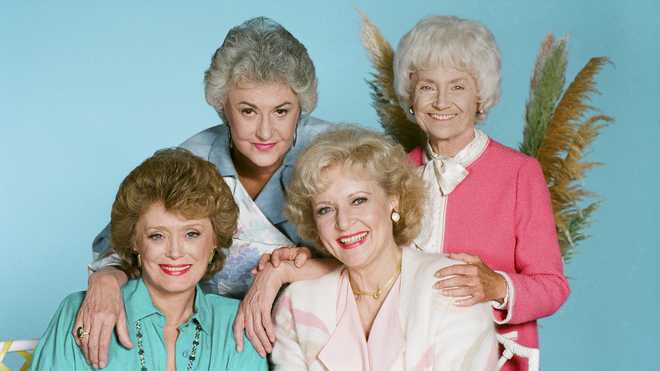 "And the sheriff, I told him about me, how I kill men and he didn't believe me," a distraught Rose says. "He said, 'Let's see. Sleep with me.' So I did. And the sheriff died."

Fortunately Rose was joking, much to the consternation of her friends.

When Blanche dared to ask Rose her first impression of her, she got an honest answer.

"I thought you wore too much makeup and were a slut," Rose said.

"I was wrong," Rose assured her. "You don't wear too much makeup."

Rose eagerly agreed when Blanche told her, "I've got a feeling you're a wild woman."

"Oh, you bet I am," Rose said. "I eat raw cookie dough. And occasionally, I run through the sprinklers and don't wear a bathing cap. And at Christmas, I've been known to put away more than one eggnog."

"My mother always used to say, 'The older you get, the better you get. Unless you're a banana.'"

Betty White dies at the age of 99
'Celebrate her life': Screening event for Betty White's 100th birthday will go on