Art Metrano, a stand-up comedian best known for his role as ruthless police captain Ernie Mauser in two "Police Academy" films, has died at the age of 84.

The actor died of natural causes at his home in Aventura, Florida on Wednesday, his son, Harry Metrano, told The Hollywood Reporter.

On Thursday, Metrano paid tribute to his father by sharing a carousel of pictures of them together on Instagram.

"Yesterday I lost my best friend, my mentor, my dad. He was and will always be the toughest man I know. I have never met someone who has over come more adversities than him," the accompanying caption read.

"He's fought and won so much over the years that I always viewed him as indestructible, but the truth is we don't live forever on earth, but a person's spirit can live forever within you."

Metrano continued: "Dad, you will always be a part of me and I will continue to live out your legacy. When someone came up with the quote, 'legends never die,' I'm pretty sure they were talking about you dad. I love you and miss you so much! One day I'll see you again. Rest in Paradise. You're now my guardian angel."

But his big break came in 1970, when he appeared as a stand-up on "The Tonight Show Starring Johnny Carson." 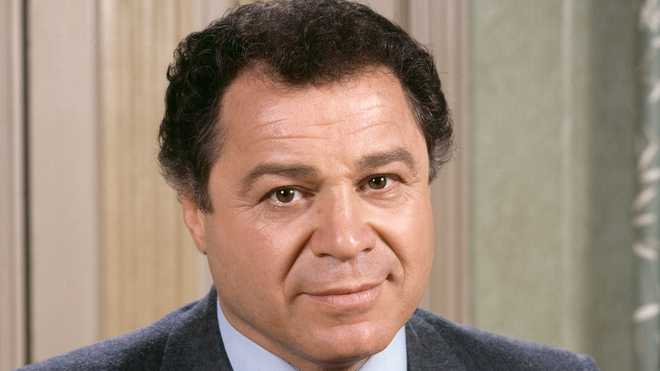 His most memorable performance was in the 1985 movie "Police Academy 2: Their First Assignment " as long-suffering police boss Ernie Mauser. He reprised the role a year later with "Police Academy 3: Back in Training."

In addition to the "Police Academy" franchise, Metrano's big-screen credits include the 1969 Jane Fonda feature film "They Shoot Horses, Don't They?," "The Heartbreak Kid" and "History of the World: Part I."

The Brooklyn-born actor was also familiar face on TV, with guest appearances in shows such as ABC sitcom "Joanie Loves Chachi," "All in the Family" and "Bewitched."

In 1989, his acting career was disrupted when he fell off a ladder while working on the roof of his house and broke his neck. He later turned the life-changing experience into a one-man stage show called "Metrano's Accidental Comedy," which he performed in a wheelchair and on crutches.