A Christmas tree full of ornaments inside Lt. Brian Zach's office tells you Christmas is his favorite time of year.

But the police officer knows presents aren't always perfectly wrapped under the tree.

Zach, 40, met one of life's greatest gifts during a welfare check four years ago in Kingman, Arizona.

The town is known as being the "heart" of historic Route 66 and most police calls concern theft or drugs or domestic violence. This time Zach was being asked to help on a case of child abuse.

Waiting for him was a 2-year-old girl named Kaila.

"My heart felt for this little girl who was covered in bruises. She just had a very strong spirit," Zach told CNN. "She had a skull fracture, brain bleed and a dislocated elbow."

It wasn't the first time Zach had seen a child in need during his work.

"I had a 13-month-old die. That was hard. It is something that is emotionally scarring that I relive every time I talk about it," Zach said. "Look, Kaila could be that little girl but God had a different plan."

He made friends with Kaila as they first waited for social workers. And his kindness was remembered when authorities started looking for a foster family.

"The question that changed our life forever was, 'Would you actually consider being a placement home?' And we immediately said, 'Yes.'" Zach said. 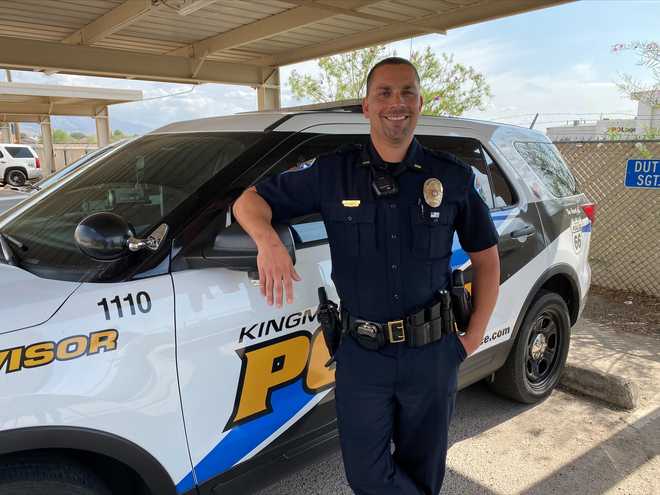 Adrienne Broaddus/CNN
Brian Zach was responding to a police call when he first saw the girl who’d become his daughter.

Kaila was only supposed to be with Zach and his wife and their two older children, Raina and Trevin, for a short time.

"They said it would only be a couple weeks to a month until they could find a placement home for her. We played it week by week, month by month, court date by court date not knowing how long we would really have," Zach said.

While waiting, Zach often thought about where Kaila would live long-term.

"If I stopped and thought about it, it would make me sick to my stomach not knowing what this girl's future would be if she left," he said, swallowing tears. "Having seen what happens when children are in the system ... it made me worry a lot more."

The family started creating memories with Kaila, including trips to Disneyland and Hawaii. Now, four years later, Zach and his wife are her adoptive parents.

Detective Heath Mosby attended the same high school as Zach and they became closer friends on the force.

"We started out rookies together," he said. And though they knew each other well, Mosby had no idea what was coming for Zach. "I was awestruck! I never heard of any of our officers doing that," he said. "When it came down to adoption, it was like 'Wow!' ... Especially after the journey she went through. 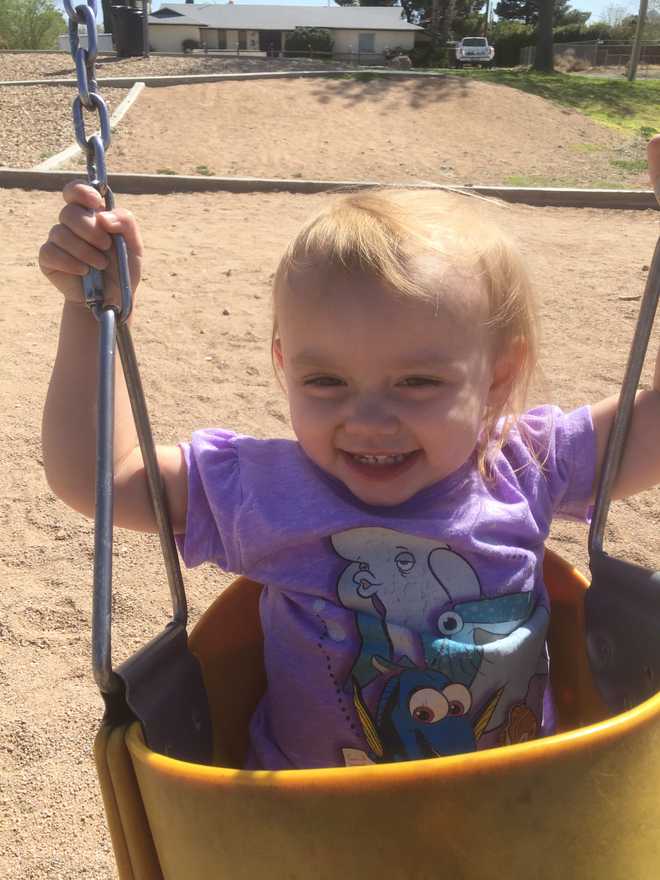 Courtesy Zach Family
Kaila was taken from an abusive situation when she was just two years old.

Zach is of great value to the Kingman community, Mosby said.

He's following in the footsteps of his forebears and mentors — his father was a state trooper and his grandfather was one of the first motorcycle officers for the same agency where Zach is now a lieutenant.

Their badges are displayed on a shelf in Zach's office.

"It is very much in my blood. I feel very fortunate to have the career I've had and help the people that I've helped. You get to see the difference you make, you get to know the people you help and there are very, very kind people here," Zach said.

And for those who are on the fence about fostering or adopting, Zach says it's one of the best decisions he and his family have made.

"Just do it. The process isn't as harsh or overburdened as we thought," Zach said.