The South Florida house that gangster Al Capone owned for nearly two decades and died in is facing demolition plans.

The Miami Herald reported Thursday that the new owners of the nine-bedroom, Miami Beach house plan to demolish it after buying it for $10.75 million this summer.

One of the owners, developer Todd Glaser, told the Herald the home, which is about 3 feet below sea level, has flood damage and standing water underneath it. The new owners plan to build a two-story modern spec home with 8 bedrooms, 8 bathrooms, a Jacuzzi, spa and sauna.

"The house is a piece of crap," Glaser said. "It's a disgrace to Miami Beach."

The other owner is Glaser's business partner, Nelson Gonzalez, an investor and senior vice president of Berkshire Hathaway HomeServices EWM.

The house has been placed on the September agenda for possible historic designation by the city of Miami Beach, but Glaser said that is not going to stop the new owners' plans.

Capone bought the house for $40,000 in 1928 and returned to it often. The gangster nicknamed "Scarface" died at the home in 1947 from a heart attack. The home is believed to be where Capone and his associates plotted the notorious St. Valentine's Day massacre in which seven members of an opposing gang were gunned down in a Chicago parking garage in 1929. 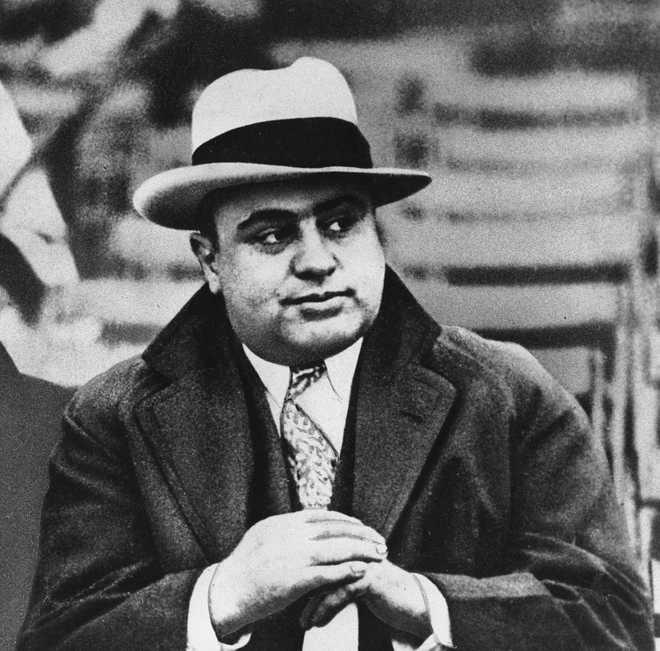 The Miami Beach house isn't the only one of Capone's possessions changing hands. In California, his three granddaughters are planning an auction of some of his personal items, including diamond-encrusted jewelry with his initials, family photographs and his favorite handgun.

Diane Capone and her two surviving sisters will sell 174 items at the Oct. 8 auction titled "A Century of Notoriety: The Estate of Al Capone" hosted by Witherell's Auction House in Sacramento.