The otters' rehabilitation began in May, when calls of abandoned five-month-old otter pups were fielded by animal care specialists at The Wild Center, a natural history center in Tupper Lake.

Both animals spent a month in a quarantined space with veterinarians and other care providers on hand. They then spent time learning how to swim and dive, groom their fur, and hunt for fish — skills they would have learned from their mother in the wild. 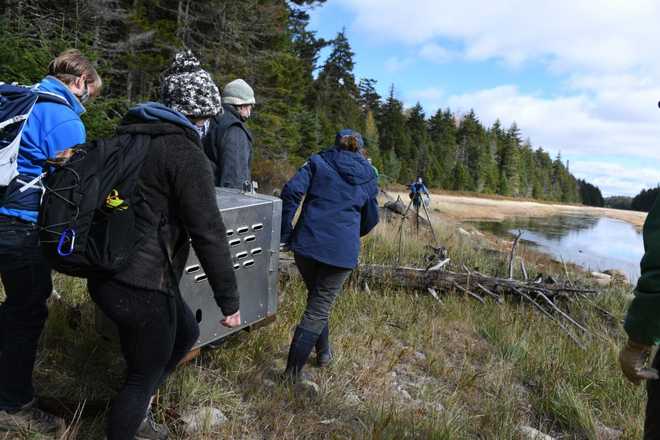 The otters were released to the Shingle Shanty Preserve and Research Station last week, a 15,000-acre biological field research station in the Adirondacks. The land includes nine lakes and ponds over acres of hardwood forest, as well as 2,000 acres of wetlands.

"We picked this spot because of its remoteness," Shingle Shanty Director Steve Langdon said. "It's about 15 or 20 miles from the nearest road. The wetland area is also a perfect otter habitat. I've been observing otters in this area for the past decade."