The Hearst Television National Investigative Unit asks a prevailing question two decades after a trio of terror attacks on the homeland reordered America's security posture: Are we safer? 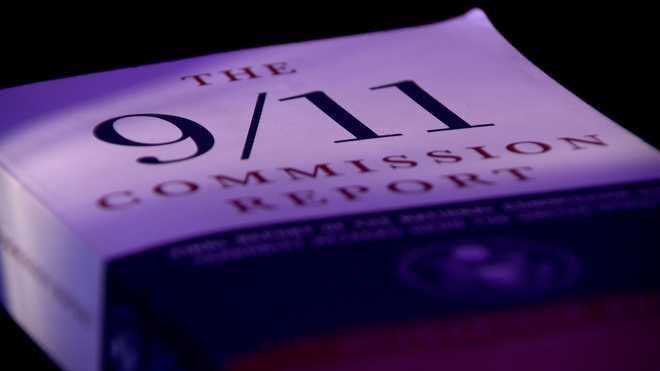 Hearst Television
The front cover of the best-selling 9/11 Commission report, which was published in 2004.

In this powerful, emotional story, we sit down with two of the 9/11 Commission members, former DHS Homeland Security Secretary Michael Chertoff, a widow whose husband died in the World Trade Center's north tower who now leads a group of other Sept. 11, 2001, families fighting for more transparency, a former active-duty servicemember who survived the attack on the Pentagon, and a researcher whose team has estimated how much America's post-Sept. 11 war on terror – both overseas and domestic – has cost the nation.

Mark Albert is the chief national investigative correspondent for the Hearst Television National Investigative Unit, based in Washington, D.C. April Chunko, Kevin Rothstein, and David Hurlburt contributed to this report.

Know of waste, fraud, or abuse? Have a confidential tip or inside information? Send information and documents to the National Investigative Unit at investigate@hearst.com.