Two young boys in Batesville, Indiana, paid their respects when they came across a funeral for a military man while they were riding their bikes last week.

Jacqi Hornbach captured the moment on camera. She said she debated posting the photos online but figured with all the negative things going on in the world, it was just what the world needed to see.

Hornbach said while she was dog-sitting for a friend and enjoying the nice weather outside, she saw a funeral procession come into the cemetery across the street from her.

Two boys who were out riding their bikes immediately stopped riding when they saw the flag of the deceased serviceman. They hopped off their bikes to pay their respects as TAPS was being played. 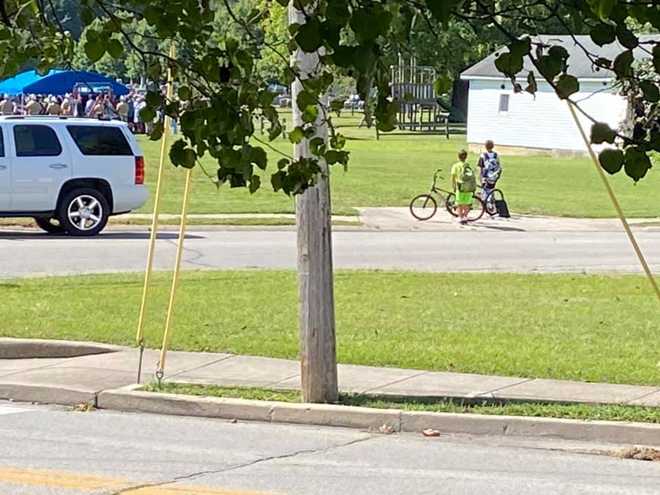 "I had to snap a pic as I was so proud of these two young men," Hornbach shared on Facebook. "Their parents should be so proud, and I'm sure the serviceman was in Heaven smiling down on them."